The "Pot au Feu" of Scotland. 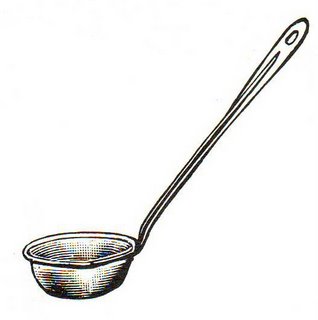 To the eternal gratitude of all lovers of language, the witticisms, aphorisms, pearls of wisdom and irresistibly quotable quotes that flowed from the lips of the famous Dr Samuel Johnson were reverently recorded by his young biographer James Boswell. In 1773 they travelled together to Boswell’s home country of Scotland – a country which Johnson viewed as barbaric, in spite of never having visited there. One can sense the Young Man’s nervous anticipation of The Great Man’s reaction to things Scottish, and then the bosom-swelling pride as one of His prejudices falls – or is swept – away.

At dinner, Dr. Johnson ate several plate-fulls of Scotch broth, with barley and peas in it, and seemed very fond of the dish. I said “You never ate it before.” – Johnson “No, sir; but I don’t care how soon I eat it again.

A Eulogy to Scotch Broth being required here, I can do no better than hand over to that mischievous pseudonymous Mistress Margaret Dods, in her “Cook and Housewife’s Manual” (1856). She makes the following Observations about the dish:

“This is the comfortable Pot au Feu of Scotland, which still furnishes the Manse and the Farmhouse dinner, and the “Pot-luck” of homely and hearty old-world hospitality. The pieces of fresh beef best adapted for barley-broth are the shin, the brisket, the flank and the veiny piece, - of mutton, the neck, the ribs, and the knuckle. In some part of the “Land of Kail”, broth made of fresh beef would scarcely be tolerated, - the meat not at all; and unquestionably the brisket or flank when salted for a week makes excellent broth, while the meat eats better. Many, however, prefer fresh meat.”

She goes on to quote herself on the topic of Scotch Broth as cooked by unqualified persons:

“Mistress DODS, with her usual sagacity, stated with great plausibility of reasoning that one capital defect of barley-broth cooked by Englishers and other unqualified persons, is produced nine times out of ten by the bad quality of the pot-barley often used in England. Nor does pearl-barley give the same consistence as pot-barley. Rice, with mutton, veal, or fowl broth is an excellent substitute for barley. Where it equally cheap it would be better liked than the principal. Both are of course best when quite fresh.”

Rather than give Mistress Dods’ recipe for Scotch Barley-Broth, it seems like a good opportunity today to look at soups in Scotland’s first printed recipe book, “Mrs. McLintock’s Receipts for Cookery and Pastry-Work” (1736). Strangely, Mrs. McLintock does not give a recipe for Scotch Broth – but perhaps she figured that no genuine Scots cook needed one. Her recipe for Onion Soup sounds interesting – should it be called Onions With Broth?

To make an Onion Soup.
Take a neck and Hough of Beef, a Nuckle of Veal, boil all the Substance out of the Meat, put in with them 3 or 4 Onions stuck with Cloves and a little black Pepper, Jamaica Pepper; when they are all well boiled, strain the Liquor thro’ a Callender, then take two Dozen of large Onionis, boil them in a little of the Broth; when they are well enough, pour off the Liquor they were boiled in, put the Onions into a Plate, and pour the Soup on them.

In taking soup, it is necessary to avoid lifting too much in the spoon, or filling the mouth so full as almost to stop the breath. St. John the Baptist de la Salle, 1651 - 1719, in The Rules of Christain Manners and Civility.

I've made Scotch Broth, but the recipe I used (which I can't find at the moment) called for lamb.

Me too - Mistress Dods would be disgusted with us. I even use pearl barley in mine. I'm an "Englisher" by birth though, so what would I know?

Foodie,
And I'm American and so, doubtless, hoepless.