Is the first day of stories by The Old Foodie, who hopes you enjoy them each Monday to Friday.

John Evelyn, writer, gardener, and salad enthusiast extraordinaire was born on this day in 1620. Salad Enthusiast Very Extraordinaire actually, raw veges being viewed with great suspicion in the seventeenth century. His fellow diarist Samuel Pepys had attributed the death of at least one neighbour to “eating cowcumbers” in 1663. The anxiety was not unjustified, water quality being what it was at the time, boiled vegetables were much safer.

It was the golden age of the English kitchen garden when Evelyn published “Acetaria: A discourse on sallets” in 1699. He listed 73 main salad ingredients, plus “sundry more” (including tulip bulbs), which he said should be “exquisitely cull’d, and cleans’d” and blended “like the Notes in Music, in which there should be nothing harsh or grating”. The dressing should be made with smooth, light oil from Lucca olives, the best wine vinegar infused with herbs and flowers, the brightest Bay grey-salt, the best (Tewkesbury or Yorkshire) mustard, sugar and pepper, “the yolks of fresh and new-laid eggs, boil’d moderately hard”, and various other “Strewings and Aromatizers”.

Ingredient number 59 in Evelyn’s list was “Sellery”, newly introduced from Italy, with the “high and grateful Taste” of its tender leaves and “whiten’d stems” making it, he said, eminently suitable for the grandest salads at the greatest feasts.

Within a few decades, celery was commonplace in cooked dishes as well as salads. One of its most popular uses was as an accompaniment to turkey, as in this recipe, from Hannah Glasse’s “The Art of Cookery made plain and easy …” (1747).

To make Sellery-Sauce either for roasted or boiled Fowls, Turkies, Partridges, or any other Game.

Take a large Bunch of Sellery, wash and pare it very clean, cut it into little Bits, and boil it softly in a little Water till it is tender; then add a little beaten Mace, some Nutmeg, Pepper and Salt, thicken’d with a good Piece of Butter roll’d in Flour, then boil it up, and pour into your dish.

What I want to know is this: what happened to celery? We don’t put the leaves in salads, and we don’t serve it as a side dish anymore. What a waste.

Could celery leaves be the new parsley?
Could braised celery be the new roasted beetroot?

Tomorrow… Eating the flower of death.
Posted by The Old Foodie at 4:45 PM 1 comment:

My Photo and My Life. 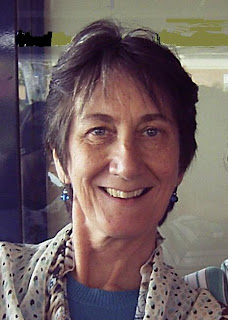 My Life, in Brief:
I was born in (on , if you must know), as the oldest of five children. My family migrated to (in , ) when I was fifteen. My real job is as a health professional. I am married to a man who likes food, which has played no small part in my obstinate interest in all things food-related. I have two adult children who have wonderful partners, and live nearby. I am going to become a grandmother in June 2009. I have wonderful friends. I am very lucky.
Posted by The Old Foodie at 10:38 AM 45 comments:

How it all began.


It began with a problem. I became a Food History Information Junkie.

It began innocently enough, many years ago when my children were quite small ….. It was one of the regular post-party whinges of “But WHY cant we have Christmas pudding/ Easter eggs/ Birthday cake/ Anzac biscuits/ EVERY day?” that triggered it. I couldn’t answer the question immediately (I was too tired from the party cooking), but something was set in motion.


The idea that evolved was along the lines of: “Well, just as surely as the sun is always over the yardarm somewhere in the world, it is just as surely rising somewhere else on a feast or a festival.” It seemed like a good idea at the time - a single project with a dual purpose: educational fun for my children, and culinary fun for me.


Well, my children are grown up now, and I don’t know if the first goal was ever achieved, but the second one certainly was. I started with national days, and saints’ days (only the ones with a foodie relevance of course), and then I could not stop. It grew like yeast on steroids. I collected all sorts of food history events, menus, recipes, biographies, articles, quotations – anything at all, as long as it applied to a specific day of the year.
Before I realised it I had thousands of entries to what my head was now calling my “Food History Almanac”. Things were clearly getting out of control when I started to have a fantasy of it all being published one day. However, a mass of data does not a published volume make. Bridging the gap between the two requires (apart from talent), a lot of time and an interested publisher – which are several fantasies in themselves. And I do also have several “real” jobs.


So, I decided to shrink the project down, and just concentrate on finding a historic menu for each day of the year. I did this. But I did not stop collecting. I now have information on well over 4000 menus, not including the Christmas ones which are in a separate file. I also confess that I could not quite, exactly, stop “finding” bits for the Almanac. It was crying out for a glossary too, and contemporary recipes to add interest to the menus. And if there is to be a menu for each day, why not a historic recipe published for each day of the year?


I made one problem into two problems.


So what did I do about my problem? Being a pragmatic person, I thought that some redemption, or at least relief, might be obtained by putting this pile of “stuff” to use. Fun is useful, right? Not to sound too kinky though, I thought some discipline was in order, so I decided to write 400 words every weekday on a food history topic related to the actual day, and ending with a historic recipe - because ultimately eating is what it is all about, isn’t it?


I began writing these little stories on . I emailed them to friends, who passed them on, and it seemed that they were enjoyed. One of the YoungFoodies (son) nagged and nagged at me to “blog” them, and eventually I gave in – fully expecting that (a) I could not manage the technology and (b) no-one would read it.

To my astonishment and delight, it all worked and I am as addicted to keeping up with my blog as are many of my loyal readers. I think I have proven that food history can be accessible and interesting to “the general reader.”

Along the way this Food History Information Junkie became a Food Historian, and the blogger became a Food History Writer.
The most amazing thing is that the discipline of regular writing, and the great exposure have meant that although the Food History Almanac itself remains unpublished, I have indeed graduated formally, I think, as a food history writer. I write a regular column in a bakery trade magazine, have been on radio talking about food history, and now have two books about to be published, and a third in the pipeline.
The books are The Pie: a Global History, by Reaktion Press in the – to be released about mid-March 2009, and Menus from History: menus and recipes for every day of the year, by Greenwood Publishing in the – to be published in May 2009.
The book that is pending is also part of Reaktion Press’ Edible series, and is on Soup.
Posted by The Old Foodie at 10:21 AM 18 comments: