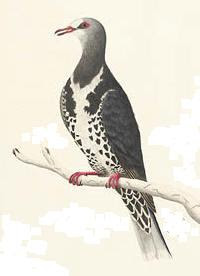 The new Deputy Adjutant General of the military forces in , Godfrey Charles Mundy, arrived in Syndey in June 1846. He was no stranger to the expatriate life, having already served in and . One of his first formal dinners was at ‘Tarmons’, one of the stately homes on Potts Point, overlooking the harbour. He was clearly quite impressed:

I dined this day, 29th June, with my respected chief Sir Maurice O'Connell, at his beautiful villa, Tarmons … there were brisk coal fires burning in both dining and living room and … the general appliances of the household, the dress of the guests and servants were entirely as they could have been in London. The family likeness of an Australian and Old Country dinner party became less striking when I found myself sipping doubtfully, then swallowing with relish, a plate of wallabi tail soup, followed by a slice of boiled schnapper with oyster sauce. A roast of kangaroo venison helped to convince me … a delicate wing of the wonga-wonga pigeon and sauce, with a dessert of plantains and loquats, guavas and some oranges, pomegranates and cherimoyas landed my decision at length firmly in the Antipodes.

What to choose from that menu today? The Wonga (or Wonga-Wonga) Pigeon I think. Pigeon makes such an elegant dish. The Wonga Pigeon (Leucosarcia melanoleuca) is a large, lovely, plump pigeon native to the forests of the Eastern edge of , and is apparently delicious eating.

I give you a recipe from “Mrs McLurcan”. Hannah Maclurcan was one of ’s first cookbook writers. Her book was first published in 1898, and one has to wonder how Australian-born nineteenth century housewives managed with the very English Mrs Beeton’s and Mrs Acton’s and Warne’s Everyday Cookery books that were available in the colony before that time.

Roast Wonga Pigeon.
Ingredients: 6 pigeons, ½ lb. butter, 2 cups breadcrumbs, 1 tablespoon chopped parsley, saltspoon cayenne, 1 teaspoon salt, juice of 3 lemons.
Mode: Pluck and clean the pigeons nicely, rub them over well with flour, pepper and salt them well, make a stuffing with half the butter, all of the breadcrumbs, chopped parsley and pepper and salt, divide it into six and equally stuff each bird. Then squeeze the lemons into a basin and beat up the butter with the juice until it is like a cream. Place the pigeonsin a baking tin and cover each one well with lemon and butter, place in a smart oven and bake ½-¾ of an hour. Baste them as often as you can. Serve at once with watercress (if obtainable).

Poultry is for the cook what canvas is for the painter. Brillat-Savarin.

Yeah, they sure could do a grand old dinner in those days. Blazing coal fires, beautiful appointments, slice of boiled schnapper, wallabi tail soup... persimmons and guava. Lovely.

Still, I guess you gotta spare a thought to the servants eating their bread and dripping in bare candlelit cubicals at the back of the house?