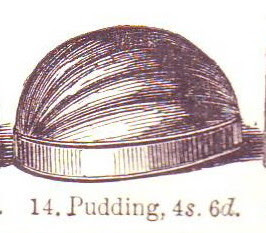 The Editor in Chief of the Food & Wine section of the New Yorker was one of the judges at the first (was it the last?) Great Rice Pudding Tasting sponsored by (who else?) the Rice Council of America held in 1984. His name was William Rice, which presumably gave him another qualification to judge the pud. His comment on this day was :

“I haven't had the rice pudding of my life today. But I guess I lost that opportunity with the end of my childhood”

The rice pudding of my own childhood with was made from plain, pre-boiled rice, which always made it feel like a meal of leftovers from the outset. When I combined this thought with the realisation that I have already featured several variations on a rice pudding theme on this blog (HERE, HERE, and HERE), I became a little embarrassed. Such a large emphasis on something that is hardly the world’s favourite pudding, nor the world’s favourite way of using rice seemed like over-kill. A horrific thought then popped unbidden into my mind – if rice pudding is made from leftover rice, what does one do with leftover rice pudding?

A neat little book published in 1861 came to my rescue. The best thing about this book is that it gives the use of leftovers an image make-over. This is Secondary Cookery. Its full title is The family save-all, a system of secondary cookery, and its mission is to provide ‘Receipts for preparing good and tempting Dishes from COLD Meats, Vegetables, and Sweets, which may be RE-SERVED, with all the warmth and nicely of appearance of original Cookery’ because ‘perhaps there are none but the houses of the wealthier classes in which joints and other eatables are not, as a general rule, sent to the table twice, or even thrice.’ A noble mission indeed.

You can enjoy thrice cooked rice with the help of this little book. As the author’s recipe for rice pudding requires the rice to be boiled in water first, I see no reason why leftover rice (perhaps from your curry dinner) would not be quite appropriate for making pudding. If the boys and girls do happened to leave some of this favourite pudding (and a jolly pink pudding it is too), please refer to Hint number 372 for its third appearance.

To send Boiled Rice to the Table in the Finest Condition.
Hint 363. Soak it for seven hours in cold water, to which a little salt has been added. Have a stewpan ready, containing boiling water, into which put the soaked rice, and boil it very briskly for ten minutes, then pour it into a colander, set it by the fire to drain, and serve it up. The grains will be separate, and very large.
Hint 364. Rice should be prepared for Puddings in this way.

A very nice and cheap Dish – quite a favourite with the Boys and Girls.
Hint 353. Boil one pound of good Rice (after being well washed) in plenty of water; when nicely soft, add one ounce of butter, and stir in, then add one tablespoonful of sugar. The rice should not be boiled in more water than it will absorb. Peel and slice six apples, take out the core and pips; put them in a stew-pan with six slices of beet-root, and a pint of water; stew until it is tender and mash them together, with a little butter and sugar. The beet-root is to give a rich pink colour to the apples, and improve the flavour. When done, place the rice on a dish; form a hole in the midst of it, in which place the mashed apple; have ready a little cream, butter, and sugar; pour it over the rice, and serve.

To Serve Cold Rice Pudding.
Hint 372. Remove the baked coating of the pudding, and spread the remainder nicely upon a dish. Over the pudding pour a custard, add a few lumps of jelly or preserved fruit.

Where I'm from we don't trust paper. Wealth is what's here on the premises. If I open a cupboard and see, say, 30 cans of tomato sauce and a five-pound bag of rice, I get a little thrill of well-being - much more so than if I take a look at the quarterly dividend report from my mutual fund. Garrison Keillor.

A pink rice pudding? What a novel idea! My friend Mary does a pink Penne A la Vodka, AND a special rice pudding recipe (no leftovers, thank you). With this recipe, the two would match beautifully!

Just messed up and deleted a comment. Try again. Much of this will be repetition, since I emailed you on the topic a few weeks back.

English 19th & early 20th century cookbooks routinely specify "Carolina rice" for puddings. What remained of the South Carolina rice industry was wiped-out by a hurricane a century ago, but in recent years the old variety, Carolina Gold, is again being cultivated at a single coastal plantation. It is a short-grain rice, similar to, but smaller than, arborio. I have used it with great success as a pudding rice.

My approach to preparing rice pudding is totally sybaritic! About 1 US cup of Carolina rice in a casserole with two Imperial pints (sorry about the cross-cultural measurements!) or more of milk and cream, mixed; three or four ounces of unsalted butter, and sugar (for flavour I use a mix of white and light brown sugar), plus a generous quantity of grated nutmeg, and one, or at most two, generous slices of lemon peel, cut with a potato peeler.

Bring to boil on stove top, stirring occasionally to separate grains; cover with tightly-cinched foil, then with casserole lid, place in moderate (250-275 F) oven, and leave for two hours or more, until all liquid is absorbed. If black/brown skin desired, uncover and "up" oven temperature to 400F+.

Eat as soon as cool enough to be consumed. Also wonderful cold. Devastating to the arteries and waistline, but an ultimate comfort food for those of UK extraction.

ps. I have recently seen the use of orzo pasta recommended for the cooking of "rice" puddings. Have tried it with above recipe. Tasted fine, but I did not like the texture (if made with short-grain, "risotto" rice, the rice in the recipe in my previous post will retain a measure of its original firmness). In addition, whereas rice will absorb the obscene quantities of butter that I put in my puddings, pasta will not. It just floats there or, when cold, coagulates on the surface.

I have also seen rosewater recommended as a finishing, post-cooking, addition to rice puddings, but have never tried it. Some Indian restaurants add cardamom pods.

Enough for one day. Roger

Something has been in the back of my mind all day after reading this post, and just now I remembered what it was.

I do know someone who made something, a new dish, out of leftover rice pudding.

She would make a graham cracker crust then fill it with the leftover rice pudding then top it with sliced canned peaches.

It was actually pretty good tasting, for what it was. :)