To Feed a Butt of Beer. 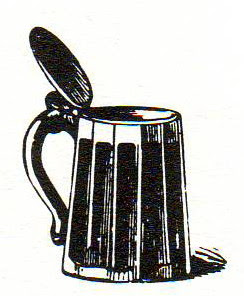 According to the French Revolutionary Calendar, what we now call June 19th (or sometimes the 20th) was the first day of the month of Messidor. Messidor was the tenth month of the year, and the first month of the Summer quarter. The name comes from the Latin word messis, meaning ‘harvest’.

The French Revolutionary Calendar was the official calendar over three periods of time: it was initially adopted on October 24th 1793 (but made retrospective from September 22nd – although how a calendar is made retrospective I have no idea.) It lasted until Napoleon Bonaparte restored the conventional (Gregorian) calendar on uary 1st 1806. It was briefly reinstated for two brief periods during the Revolution of 1848 and the Paris Commune in 1871 before it fell into oblivion- apart from in the hearts and minds of a few enthusiasts who apparently still dote on it for historic, sentimental, or philosophical reasons. The fact is, the calendar never worked very well for a number of reasons – and one particular bone of contention with the workers was that they still only got one day off a week – and the ‘week’ was 10 days long.

The days of the calendar were named after agricultural plants, apart from the 5th (named after a domestic animal) and the 10th (named after an agricultural tool). The leftover days at the end of the year to bring the start back to the autumn equinox were called the Sansculottides (which refers to "those without trousers". There is a logical explanation for this name, but the ones provided by your own imagination will no doubt be much more amusing.

The first (Primidi) of Messidor was called Seigle (), so this is the topic today.

probably originated in North East Europe or South West Asia (or both, of course). Originally, say the experts, it was a weed in the wheat crop. It grew better than the wheat in many areas, particularly the colder ones, and eventually farmers gave up trying to separate the two, and harvested the fields as they were. The combined crop was called “maslin”, from an old French word meaning “mixed” - and the word lives on in our word for mixed salad greens - “mesclun”. Maslin bread was the common bread of the common folk for centuries, fine white wheat bread being only affordable for the well-to-do. Wheat is high in gluten, which is what gives bread its characteristic texture and structure; rye is low in gluten, so bread made solely with rye is very dense indeed, although it may be tasty.

In order to make bread, dough must be fermented by the addition of yeast, either deliberately or serendipitously from the air. The other great fermentation product of grain of course is alcohol, and the world has a goodly selection of these made from rye. What you can do, if you make your own rye bread, is to make an extra batch of extra-nutmeggy flavour, and use it to make beer, as Mrs. Taylor shows:

To feed a Butt of Beer.
Bake a rye loaf, of two-pence price, with a pretty deal of nutmeg in it; then cut it in pieces, and put it in a bag of hops with some wheat, and put them altogether in your cask.
[Mrs.. Mrs. Taylor's family companion; or the whole art of cookery display'd, in the newest and most easy method, being a collection of receipts …. ; circa 1795]

Potage Jubilé.
Quotation for the Day …

Beer is proof that God loves us and wants us to be happy. Benjamin Franklin

I often don't know what day it is, but would certainly agree with Ben Franklin's sentiments regarding Go and beer. I took a European bread class last fall. While I loved the final results of the rye bread recipes, the dough was often so dense and sticky that it was like working with cement! But it all smelled extraordinary!

Hello t.w - I gathered from your recent beer post from Germany that you liked beer. I like a mix of rye and wheat in bread - I like bread to be fairly substantial, but rye on its own is, as you say, very dense.

Excellent blog which I came upon by happenstance when looking for historical references on the (Ontario/Canadian) "butter tart", said by some to be descendant and a corruption of the northern English/Borders "border tart". Then I saw this entry when perusing numerous of the beer posts, because I have an historical interest in beer and brewing. I'll give my interpretation of baking the rye loaf to "feed the butt".

It isn't to make beer as such, but rather, to assist a beer already made in a conventional way to mature properly. When beer is transferred to a container after primary fermentation for conditioning (i.e., permitting it to clarify and gain a bubble from a slow continued fermentation), often it is necessary to add a further fermentable substance so the residual yeast may work on the starch to produce CO2 gas (and a little extra alcohol, yes).

Starch cannot be fermented as such but needs prior conversion to sugar (maltose). Malting achieves that in the primary stage of brewing. However, here, I think enzymes in the tunned beer will convert the bread starch to sugar, on which the yeast in the beer will feed. Sometimes they used to add simple flour for this purpose. Today sugar is usually adding, called primings, to allow the beer to condition and make real ale as it is called, or "cask beer" in current parlance.

The nutmeg was probably to add a flavour to the beer, which in that time in London would likely have been porter or stout (stout is simply strong porter). The Germans used to and may still add partially fermented beer as the extra fermentables source. The Irish added "wort" (unfermented beer) to barrelled new porter, sometimes called fillings.

This is what I think but I could be wrong, many of the old recipes and directions are lapidary and require considerable elucidation.