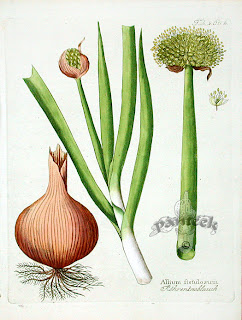 There are many reasons to celebrate today, all linked somehow with the Solstice – one of the two turning points of the seasons when the sun appears to stand still, an event of special significance, so an excuse for special food. The December solstice (Winter in the Northern hemisphere, Summer in the Southern) occurs on the 21st or 22nd of the month. This year it is technically tomorrow, the 22nd (at 10:24 am AEST), but we will consider it today because this day is also old St. Thomas’ Day and the usual blend of traditions pagan, Christian, and secular overlap.

Whatever food we chose for our solstice celebrations, we are guaranteed a calm setting in which to enjoy it, for the solstice falls in the middle of the Halcyon Days. These are the fourteen days of calm seas and mild weather which supposedly fall equally around the solstice, thanks to a mythical Greek bird, the ‘alkyon’ which caused these fine conditions in order to hatch its brood on its floating nest.

Of course the fine weather prediction applies to the winter solstice, where the legend originated. There does not seem to be a corresponding guarantee in the Southern hemisphere, which about sums up our problem Down Under. All of the ‘traditional’ December solstice foods are winter foods, and many of us expect to be sweltering in the heat. I will therefore offer two alternative food themes for the day.

St. Thomas’ Day is “good for brewing, baking and killing fat swine” – in other words, household activities entirely suitable for the official beginning of winter. In Bavaria the tradition is particularly strong, and the swine is even called the “St Thomas Pig”. It is believed that if you eat well on this day you will eat well all year. This shortest day of the year is also the traditional day to plant onions and broad beans – on the basis that they will grow with the days and be ready to pick at the summer solstice.

It would seem appropriate then to give you a suitably rural, porky, oniony recipe for this day. Who better to supply this than the good eighteenth century husbandman William Ellis who ensures that nothing is wasted of the pig? The following recipes are from his book ‘The Country Housewife’s Companion’ (1750)

To bake the Ears, Feet, the Nose-part, Mugget, or gristly lean Parts of a Hock of Pork.
These, or any part of them, may be made a good family pleasant dish, thus: - Lay them in a glazed earthen pot, and strew over them some salt, pepper, onions, one or more bay leaves; over these pour water till it is above them, bake it two or three hours, and keep it as it comes out of the oven till wanted, then cut and fry it in slices; the sauce is a little of the pickle, flower, and butter melted with some mustard.

The Farmers Way of dressing a Porker's Head, Feet, and Ears.
We make no more to do, than to boil them tender, and eat them with mustard; and if any of them are left cold, we fry them in lard with some onions, and eat with mustard. - Or else, mince the flesh of them, and lade butter over it for eating. - But to eat the feet and ears in a nicer manner; when they are boiled, chop them small, and mix butter with gravey, shalot, mustard, and slices of lemon; then stew all together.

And for the Southern hemisphere Summer Solstice, I break with the tradition of giving you something historic and instead give you my personal recipe for Summer Solstice Cake – light and bright with sunny red, orange and yellow fruits, and fragrant with liqueur. It is a variation of my Chocolate Alcohol Christmas Cake, which I must therefore give you first.

Mix the fruits, honey, alcohol, and rinds in a big jar, and marinate as long as possible.
When you are ready to make the cake, sift together the flours and cocoa.
Beat together the butter and sugar until creamy, then beat in the eggs one at a time.
Fold the fruit mixture, the chopped chocolate, and the nuts into the creamed mixture, then fold in the dry ingredients in 2 batches.
Put in the greased tins, decorate the tops with cherries and nuts if you wish.
This makes one 24 cm cake PLUS 6 small cakes made in LARGE muffin tins, or make all small ones.
Time to cook: the small cakes about 1 hour at 120 degrees Celsius, the large one 3 ½ to 4 hours.

SUMMER SOLSTICE CAKE.
Make it as above, but instead:
Use all red and yellow fruits – dried cranberries (better than glace cherries I think), chopped dried apricot, peach, pear; crystallised ginger; the pale yellow sultanas.
Use a fruity liqueur – I used peach Schnapps in 2005, because that’s what I had - and it was fantastic, but Grand Marnier or Curacao would be good.
Add 1 teaspoon of vanilla extract.
Use white sugar (vanilla if possible)
No cocoa, use an extra ¼ cup plain flour instead.
Substitute white chocolate of course.
Macadamia nuts (slightly roasted first) instead of pecans.
Pour more of the alcohol of your choice over the cakes as they are cooling, and as often afterwards as you can, until time for eating.

Ortolans were featured in our story of this day in 2005.

Speaking of pigs... in my father's childhood, he lived in a rural area of Florida, and the neighbors kept pigs. At slaughtering time, one of the women was boiling a pig's head outside in a cauldron to make what's known as head cheese (brawn in the UK). My father asked her, "how do you get the boogers out of its nose?" Needless to say, he never ate head cheese himself.

Hello Nene - that's a great story! My guess is that that is the exact reason "head cheese" is not more popular.