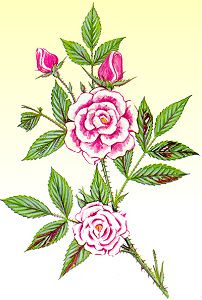 John Evelyn was a diarist, like his contemporary and friend Samuel Pepys. His diary is not as rich in food detail as is Sam’s, although on this day in 1685 he does give us some insight into fine dining in the seventeenth century. He had attended a dinner given by King James II to some Venetian ambassadors, and wrote:

“I din’d at the greate entertainement his Majestie gave the Venetian Ambassadors Signors Zenno & Justiniani, accompanied with 10 more Noble Venetians of their most illustrious families Cornaro, Maccenigo &c, who came to Congratulate their Majesties coming to the Crowne &c: The dinner was one of the most magnificent & plentifull that I have ever seene, at 4 severall Tables with Music, Trumpets, Ketle-drums which sounded upon a whistle at every health: The banquet was 12 vast Chargers pild up so high, as those who sat one against another could hardly see one another, of these Sweetemeates which doub [t]lesse were some dayes piling up in that exquisite manner, the Ambassadors touched not, but leaving them to the Spectators who came in Curiosity to see the dinner, &c were exceedingly pleas’d to see in what a moment of time, all that curious work was demolish’d, & the Comfitures &c voided & table clear’d: Thus his Majestie entertain’d them 3 dayes, which (for the table onely) cost him 600 pounds as the Cleark of the Greene-Cloth Sir W: Boreman assur’d me….”

A ‘banquet’ at that time occurred at the end of the meal, and consisted of a variety of sweetmeats such as preserves and confectionary, expensive fruits and so on. In other words, it was what we would now call dessert. It was often served in a separate room – on a ‘banquette’ (i.e a ‘bench’) - or even a specially built ‘banquetting house’ in the garden. The production of ‘banquetting stuffe’ was an opportunity for confectioners to really show off – hence the other name of ‘conceited dishes’, meaning fancy and intricate. Their creation was invested with a great deal of secrecy and mystery, and in grand homes the responsibility for them fell to the mistress of the house. She would often make them herself, along with household medicine, in the ‘still room’ (which housed the distillation equipment for producing spirits and essences). The importance of this role was stressed by Gervase Markham in ‘The English Housewife’ (1615).

“… I will … proceede to the manner of making Banquetting stuffe and conceited dishes, with other pretty and curious secrets, necessary for the understanding of our English Hous-wife: for albeit they are not of generall use, yet in their due time they are so needful for adornation, that whosoever is ignorant therin, is lame, and but the halfe part of a compleat Hous-wife.”

Markham does give some recipes for conceited dishes, such as this one for conserve of flowers, so you are saved from appearing only a halfe-compleat house-person (one must make some concessions to progress)

To make conserve of flowers, as Roses, Violets, Gilliflowers, and such like: you shall take the flowers from the stalkes, and with a paire of sheeres cut away the white ends a the roots thereof, and then put them into a stone morter or wodden breake, and there crush or beate them till they be come to a soft substance: and then to every pound therof, take a pound of fine refined sugar well searst and beat it all together, till it come into one intire body, then pot it up, and use it as occasion shall serve.

There are so few invalids who are invariably and conscientiously untemptable by those deadly domestic enemies, sweetmeats, pastry, and gravies, that the usual civilities at a meal are very like being politely assisted to the grave. Nathaniel Parker Willis.
Posted by The Old Foodie at 5:18 AM

About this "conserve of flowers." Did they pretty much just torn off parts of a flower, added sugar to it, pounded it to death and cook it? I wonder how that tastes...