Mint on the Mountain. 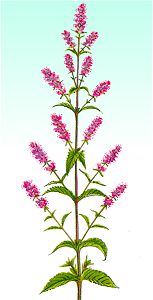 Edmund Hilary and Tenzing Norgay became the first men to reach the summit of Mt Everest on this day in 1953. They stayed only fifteen minutes, took some photos, and had a small snack before heading back down.

“We made seats for ourselves in the snow, and sitting there in reasonable comfort we ate with relish a bar of mintcake”

Specifically, what they had was Kendal Mint Cake, from England’s Lake District. It is a essentially an opaque sugar cake flavoured with mint, and the story is that the invention was the result of a mistake. A local confectioner making “glacier mints” cooked the sugar syrup a little too long, and it started to form crystals again and became cloudy. It became a local delicacy, then in 1953 the company was asked to provide supplies for the Everest expedition at short notice, and it achieved international fame. The mint cake was chosen presumably because it was a conveniently packed and efficient form of calories for extreme activity.

The “cake” may have gotten to Everest, but it was refused entry to New York in the 1950’s by Customs officers who ruled that “cake” should have flour in it, and ordered a whole shipment dumped in the sea!

As for the recipe, the ingredients for the cake are simple, even if the method is tricky – sugar, glucose, and peppermint oil. The concept of flavoured sugar – in other words “candy” is not new, and historically many other flavours were used in the past. Here is a rose-flavoured sugar cake from a 1671 publication “A Queens delight, or, The art of preserving, conserving and candying …”

Sugar of Roses.
Take the deepest coloured red Roses, pick them, cut off the white bottoms [the small piece at the base of the petal], and dry your red leaves [petals] in an Oven, till they be as dry as possible, then beat them to powder and searce [sieve] them, then take half a pount of Sugar beaten fin, put it into your pan with as much fair water as will wet it, then set it ina chaffing-dish on coals, and let it boil till it be sugar again, then put as much powder of Roses as will make it look very red, stir them well together, and when it is almost cold, put it into pailes, and when it is thoroughly cold, take them off, and put them in boxes.

There are some wonderful recipes for sugar and violets at 18th C Cuisine.

Once in a young lifetime one should be allowed to have as much sweetness as one can possibly want and hold. Judith Olney.
Posted by The Old Foodie at 8:00 AM