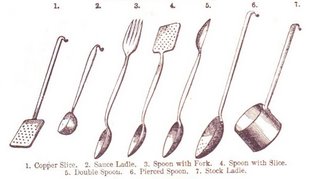 The diary of Parson James Woodforde of Norfolk is a wonderful source of information about day to day life in England in the second half of the eighteenth century. He regularly recorded details of his meals, and made several mentions over the years of a most puzzling dish. This day in 1784 was one of them.

I took a ride afterwards to Du Quesne’s and ther dined and spent the Afternoon with him ….We had for Dinner some Pike and Maccarel, a fore Qr. of Lamb rosted, Pidgeon Pye – Charter &c. &c. I carried Mr. Du Quesne a Cucumber in my Pocket.

What is this thing called “Charter”? The good Parson first mentions the dish in 1777 when he has it at the house of another gourmet batchelor cleric. In 1785 he refers to it as “the” Charter, perhaps suggesting that it was a dish in its own right, not just an unattached adjective.

One source says it is “chicken pie, with heavy cream and onion”, which seems far-fetched, given that pies were usually called “pies”, except when they were “pyes”. The Parson Woodforde Society considers from minute examination of the many volumes of the diary, that it was some sort of custard, and a recipe supposedly representing it and consisting of custard and stewed dried apricots was published in an English newspaper in 1984. This also sounds rather fanciful.

Is the name a corruption of “charlet”, from which we get “charlotte”? The OED says charlet is “ A kind of custard containing milk, eggs, brayed pork, and seasoning, boiled to a curd” (which means the first source may not be so wrong after all), and this name probably derives from the old French word for minced meat. By the time “charlet” gets to be “charlotte” it is a thoroughly modern, and absolutely meat-free dessert.

There are recipes for charlet in “The Forme of Cury”, England’s first cookbook from the Master Cooks of Richard II, which dates from the end of the fourteenth century. This one contains pork.

Charlet.
Take Pork and seethe it wel. hewe it smale. cast it in a panne. Breke ayrenn [eggs] and do therto and swyng [shake or mix] it wel togyder. do therto Cowe mylke and Safroun and boile it togyder. salt it & messe it forth.

On Monday: Mint on the Mountain.

There are only two questions to ask about food. Is it good? And is it authentic? We are open [to] new ideas, but not if it means destroying our history. And food is history. Giuliano Bugialli
Posted by The Old Foodie at 7:59 AM

There is an ALARMING food contamination issue that is being covered-up by the state of Florida and the USDA. I want to bring this issue to the attention of your readers. What if I told you there was a meat production plant that was infested with RATS and RAT FECAL MATTER & URINE had contaminated millions of pounds of meat products that the plant produced annually. This meat may still be in distribution and in freezers waiting to be consumed as it was never subject to a recall.

Also they used a CAT as one form of pest control in its warehouse, and CAT FECAL MATTER was also found in the meat production area. These meat products were shipped across the United States to elementary schools, national supermarket chains and hospitals nationwide. The Centers For Disease Control “CDC” has recently released reports stating that RODENT FECAL MATTER/URINE can cause up to six diseases in humans. CAT FECAL MATTER contains a parasite that causes serious birth defects.

We invite you to check out our blog at
http://bullstone-larrym.blogspot.com and see the evidence for yourself, with shocking pictures of the contamination of these meat products. Also posted are letters from government officials covering this issue? We invite you to read all the information, draw your own conclusions and post your comments. If this moves you gross negligence, please tell a friend and/or loved one about our mission.