The Twelfth Day of Christmas. 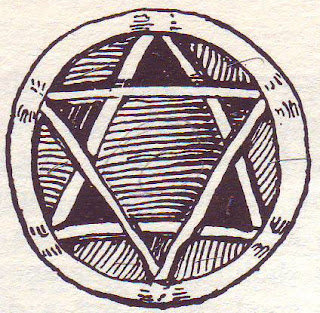 On this day in 1508, the Duke of Buckingham gave a feast for 460 guests to celebrate the Twelfth Day of Christmas. The bill-of-fare included swans, herons and peacocks, 680 loaves of bread, 260 flagons of ale, 400 eggs, 200 oysters, 12 pigs and 10 sheep The feast cost the Duke £7 - which was a lot more than the annual salary for one of the workers who toiled to provide the goodies. Such is life.

The Twelfth Day of Christmas is celebrated as the day the Three Wise Men (or the Three Kings) visited the infant Jesus to pay homage and leave their gifts. There is a myth perpetrated by fruit-cake haters that says there were originally four kings, but the fourth one was turned away when it was seen that his gift was a fruit cake. Cake has become the food symbol of the day in spite of this refusal myth, and a common theme around the world where the religious and cultural heritage is Christian is the hiding of a coin, or bean, or small toy in a special cake, and the elevation of the person finding this in their slice to be king or queen for the day.

If you are not able to feast your friends in the style of the Duke of Buckingham, that does not mean that you cannot mark the day with a special food. The French have their Galette du Rois, the English used to have Twelfth Cake.

I give you a nineteenth century recipe for Twelfth Cake, and some general instructions on making a Victorian Epiphany Tart.

Twelfth Cake
Two pounds of sifted flour, two pounds of sifted Loaf Sugar, two pounds of Butter, eighteen Eggs, four pounds of Currants, one half pound of Almonds blanched and Chopped, one half pound of Citron, one pound of Candied Orange and Lemon-peel cut into thin slices, a large Nutmeg grated, half an ounce of ground Allspice, ground Cinnamon, Mace, Ginger, and Corianders, a quarter of an ounce of each, and a gill of Brandy.
Put the butter into a stew-pan, in a warm place, and work it into a smooth cream with the hand, and mix it with the Sugar and Spice in a pan (or on your paste-board) for some twenty minutes; stir in the Brandy, and then the Flour, and work it a little; add the Fruit, Sweetmeats, and Almonds, and mix all together lightly; have ready a hoop cased with paper, on a baking-plate; put in the mixture, smooth it on the top with your hand, dipped in milk; put the plate on another, with sawdust between, to prevent the bottom from colouring too much: bake it in a slow oven* four hours or more, and when nearly coke, ice it with (545)
This mixture would make a handsome cake, full twelve or fourteen inches over.
Obs. – If made in cold weather, the eggs should be broke into a pan, and set into another filled with hot water; likewise the fruit, sweetmeats, and almonds, laid in a warm place, otherwise it may chill the butter, and cause the cake to be heavy.
[From Dr Kitchiners ‘The Cook’s Oracle’, 1845 edition]

Epiphany Tart.
Dorothy Hartley, in her wonderful 'Food in England' describes the various designs of jam tart made (very competitively, especially for Church social events) by English housewives proud of their pastry-making skills. Skill was demonstrated by the number of different coloured jams that could be fitted between the spaces of the lattice top. One star-shaped design (see the image) was called "Epiphany Tart" if it was made for this day. Done well, it must have looked like a stained-glass window. Use your favourite pastry recipe or brand, and find 13 different coloured jams, and you have it.
The Real Thing ...
Andrew at Spittoon Extra actually made an Epiphany Tart for this day, and posted a picture. Go and have a look at it!
Posted by The Old Foodie at 6:52 AM

Before reading this post I had a bash at making both a Twelfth Night Cake and the Epiphany Tart (both are on spittoonextra) - wish I had looked first for the image of the tart, I just made something up.

Hello Andrew - we must have posted almost simultaneously. Your tart looks good - very short pastry. Lets both make the 13 jam version next year, and post our pics.
Janet

I love this blog - thanks so much.

Thanks for the informative post! I adore your posts!

I think that is an excellent idea Janet - I have made a note in my calendar for next year. It could be an excellent multi-blog event.

I know this is an older post, but we were inspired to research English Epiphany traditions by a book I was reading to my children and ended up here. We made an Epiphany Tart yesterday and everyone loved it. Thank you!
Charlotte from Texas

Thankyou Charlotte (and children) - I am absolutely delighted that you and your family enjoyed the post, and actually made the tart. What a wonderful way to bring history alive for your children!