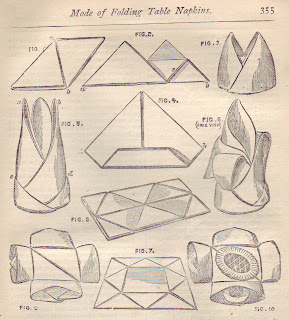 Queen Victoria died on this day in 1901, a few months short of her 82nd birthday, after 63 years and 7 months on the throne - the longest reign in British history. She had watched the changes wrought by the Industrial Revolution on the way of life in Britain, had seen to it that the Empire was consolidated, and had strengthened her country’s ties with Europe by marrying her children into its royal families. Most of her subjects had known no other royal ruler.

The culinary fashion of the time was to name dishes after those one wished to honour, and it is probably true to say that there are more dishes named after Victoria than any other single person. Should you wish to commemorate her life on this anniversary of her death, you could simply cook your favourite ‘small cut of meat’, and dress it with the classic garnish ‘à la Victoria’, which according to the Larousse is:

Alternatively, should you feel so inclined, you could sit down to an entire menu ‘à la Victoria’. Here is one selection.

Of course, it would be perfectly appropriate to sit down to a simple Afternoon Tea in her honour, and partake of one (or more) of the many varieties of cakes and biscuits named for her. The Larousse describes a Victoira Cake ‘made like plum cake’ leavened with baking powder and containing almonds and crystallised cherries. Her chef Francatelli’s cake also has cherries, but he adds brandy, leavens it with German yeast, and makes it in the manner of ‘a German kouglaüffe’ – perhaps a nod to her very German heritage and completely German husband. Mrs Beeton and several other cookbook writers of the era give recipes much closer to our (now) traditional idea of a Victoria Sponge with its jam filling, although they call it a ‘Victoria sandwich’. Not a Victoria Sandwich Cake. This distinction is made clear in Cassell’s Dictionary of Cookery (1870’s) which lists:

Naturally, if you opt for the Afternoon Tea option, you will wish to also have on your table the savoury sandwiches with her name, so here they are:

Victoria Sandwiches, Savoury.
(for breakfast, luncheon, &c.)
Wash six or eight anchovies, cut off their heads and fins, take out the back-bones, and divide each fish in two, from the shoulder to the tail. Cut an equal number of thin slices of brown bread and butter, put between two slices alternate layers of hard-boiled eggs, mustard and cress cut small, and the fillets of the anchovies; press the slices closely together, and with a sharp knife cut them into neat squares. Place them on a dish covered with a napkin, and garnish with parsley. If not wanted immediately, cover them with a napkin wrung out of cold water to keep them moist.

To Dress A Cod’s Head.

Family dinners are more often than not an ordeal of nervous indigestion, preceded by hidden resentment and ennui and accompanied by psychosomatic jitters. M.F.K Fisher.
Posted by The Old Foodie at 5:21 AM

I learn so much every time I come here. Thank You.

Hello rsb - I'm delighted. I learn a lot every time I write one of these - even when I think I know the topic pretty well I never fail to find out something new.