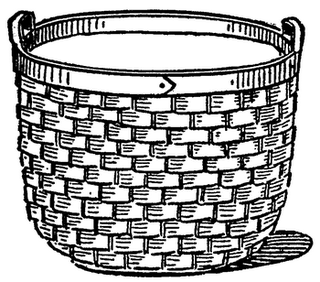 Antipodean Colonials from various cities fell over each other (literally, as it turns out, as well as figuratively) to upstage each other during the first royal visit to Australia in 1867. The visitor was Prince Alfred, the Duke of Edinburgh, second son of Victoria and Albert.

His first port of call was Adelaide, where things appeared to go according to plan. Next was Melbourne, and on this day in 1867 the city prepared to show its philanthropic heart by putting on a splendid free banquet on the banks of the Yarra river. The Victorian newspaper The Age, proudly announced that “Victoria will long remember this day”. How right it was.

Most strangely, considering this bounty of food and drink was to be free, the caterers seriously underestimated the number of “guests”. By early afternoon on a very hot day, 70,000 people (a sizeable proportion of the population at the time) were straining at the barricades, and the police decided they could not guarantee the prince’s safety. When it was announced that Alfred would not be opening the event, the crowd stormed the barricades, rushed the supply tables and “a frightful saturnalia” (to make an understatement) ensued.

Naturally, Sydneysiders sneered at the rough behaviour of the Melbournians, but the figurative tables were turned when the prince was in their city on the second leg of the trip in March 1868. At their picnic (stout, oysters and buttered brown bread before noon, champagne, chicken and lobster later in the day), a mad Irishman with a grudge attempted to assassinate the prince. Luckily the prince received only a minor flesh wound, and probably suffered less than some police and civic officials did in the aftermath.

No Colonial etiquette manuals in Australia at the time, that was the problem. It would never have happened in that other Colonial outpost – Canada – of course . A better class of settlers – not derived from convicts and press-ganged marines, a longer period of settlement in which to develop a system of manners, and closer to “Home” and the opportunity to refresh them. I don’t know if it was the first etiquette manual in Canada, but ‘Social etiquette, or, Manners and customs of polite society: containing rules of etiquette for all occasions... ’ written by Maud Cooke and published in 1896 stated clearly that a picnic was a “delightful summer entertainment” provided that “whoever goes … know how to dress, know where to go, and above all know what to carry to eat.”

Of course, the manual went on to tell just what these essentials were, making particular note of what must not be forgotten:

“There are several important items which must not be forgotten, and among them are hand towels and soap, combs, hand-mirror, thread, needle and thimble, a corkscrew and a can opener.”

And of course it reminded picnickers that:

“It might seem needless to say that there should always be a chaperon on picnic parties if it were not that even on this day there appears, in some places, to be a proper understanding of this subject …. When a number of young people get off together, they are apt, without the least intention of propriety, to let their spirits carry them away and lead them into absurdities they would never commit in a graver moment.”

And then the food:

“To begin with the substantials, a cold roast, a boiled tongue, deviled eggs are simple and tasty. The roast may be sliced off before going, and carefully wrapped up, but the tongue should be carried whole and cut up when required, or it is apt to become dry. The eggs are easily prepared, being hard boiled, cut lengthwise, the yolks taken out, mixed in a bowl with pepper, salt, and mustard, and a few drops of Worcester, and put back again in the whites.”

Various types of sandwiches were mentioned, but for real detail we must go to a cookbook of the time and place, called very simply ‘Cookery”, by Amy Richards, published in 1895. Here is my pick.

Walnut Sandwiches.
Mix together equal quantities of chopped walnuts and gruyere cheese, season with pepper, salt and mustard, and form into sandwiches with thinly cut bread and butter: stamp into rounds, and sprinkle with paprika and cheese finely grated. Dish au couronne on dish paper, and garnish with parsley.

Fruit Sandwiches.
Some slices of stale cake – 1 banana – a few slices of pineapple – 1 tablespoon of sugar.
Slice the fruit very thinly, sprinkle with the sugar, and allow it to stand a little time. Form into sandwiches with the cake, and serve with whipped cream.

Mrs Beeton’s recommendations for a picnic appeared in the story of March 8th 2005.

Chestnuts were the feature of “A Lusty and Masculine Food for Rustics” on this day in 2005.

All the ingenious men and all the scientific men in the world could never invent anything so curious and so ridiculous as a lobster. Charles Kingsley.
Posted by The Old Foodie at 5:22 AM