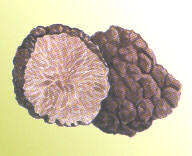 Today is St Siffrein’s feast day, which would be most unremarkable except that it is the traditional start of the Black Truffle Market in Carpentras in Provence. Of all of the fruits of the earth, the truffle par excellence has a mystique and a price that are in inverse proportion to its beauty. Why is it so?

The French writer Jean Louis Vaudoyer (1883-1963) said “There are two types of people who eat truffles: those who think truffles are good because they are dear and those who know they are dear because they are good.” There may be a third type (or a subtype of Vaudoyer’s second group) – those who eat (or order, or cook, or gift) truffles because of their supposed aphrodisiac qualities - although it has always struck me as strange to hear “lust” and “fungus” in the same sentence. There may even be a fourth – those who eat them and don’t understand the fuss and never eat them again. For the remainder of this story we will ignore all but Vaudoyer's second type of truffle eater.

I have heard that there is such a thing as too much chocolate, or too much champagne. I have heard it without necessarily believing it, but I have never heard a whisper from any ghostly gastronome in history that there is such a thing as an excess of truffles. Gastronomes are in fact united in saying that the desirable quantity of truffles is as big as you can possibly manage it. A few quotations from the authorities will serve to illustrate this point:

James de Coquet (1887-1936): “Truffles are a luxury, and the first requirement of a luxury is that you should not have to economize. A capon with no truffles at all is better than one which has been truffled, but not enough”

Charles Monselet (1825-1888): “I don’t want truffles cut into little pieces, so scarce that you have to scrape the inside of your chicken to find a few shavings; no, I want avalanches of truffles, I want too much of them.”

The French novelist Colette (1873-1954) is often credited with the saying “If I cant have too many truffles, I’ll do without truffles”, although this is difficult to verify. Although she may have valued excess when it came to quantity of truffles, on their preparation she was quite minimalist:

“You pay its weight in gold for it, then in most cases you put it to some paltry use. You smear it with foie gras, you bury it in poultry overloaded with fat, you chop it up and drown it in brown sauce, you mix it with vegetables covered in mayonnaise. … To hell with thin slices, strips, trimmings, and peelings of truffles! Is it not possible to like them for themselves?”

Colette would have approved of the recipe contributed by Auguste Kettner (the nineteenth century London restaurateur to “The Book of the Table” (1877). It is elegant in its simplicity, and to Hell with the laundry.

Truffles in a Napkin.
Wash, and brush them several times in cold water. Then stew them slowly in a Mirepoix of white wine for half an hour or three-quarters. Drain them and serve them in a folded napkin.

The most learned men have been questioned as to the nature of this tuber, and after two thousand years of argument and discussion their answer is the same as it was on the first day: we do not know. The truffles themselves have been interrogated, and have answered simply: eat us and praise the Lord. Alexandre Dumas(1802-1870).
Posted by The Old Foodie at 5:55 AM

You have to wonder, who was the first person to stumble upon this fungus and thought "Gee, that looks good. I think I'll eat it!" They are ugly buggers and they must be most delicious, although I've never tasted them. I imagine they must be like my beloved morrel mushroom (which I cannot find growing wild where I live now :( ). I agree with ... whatshisface... whole-heartedly. I like my morrels slightly fried in butter and eaten out-of-hand. And, to hell with the laundry! LOL Great post, Janet.