Diet for a Complexion. 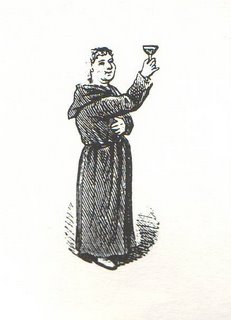 The New York Times carried an article promoting a vegetarian diet as a beauty aid, on this day in 1897. The article header said:
DIET FOR A COMPLEXION
A Pink and White Fra Beato Angelico Countenance Induced by Vegetable Food.

And the writer went on to pronounce:

“There is no doubt that too much meat is eaten in this country. Americans are a nervous people, and they do not need the constant stimulus of meat.”

… while acknowledging that a change, however necessary, might present some difficulties:

“Where, as in the case in one family at the present time, a man under doctor’s orders is to eat meat only once a day, the bill of fare to be drawn from seems to be exceedingly limited.”

… which would, however, bring a flavour bonus …

“Vegetarians say that the true flavour of a dish of vegetables is never fully appreciated when eaten with meat, and it may be so.”

… although the justification given was factually incorrect:

"As examples of the benefit of a vegetable [diet?] they mention the Scotch race, brought up on oatmeal, the beautiful teeth of the Italian peasants … ".
Since when was oatmeal a vegetable? and who says that Italian peasants are vegetarian? And if the medical rationale failed to convince, there was the vanity one, although this was accompanied by an even more seriously incorrect nutrition statement:

“The beauty expert appealing to the well known weakness of women, says there is more oxide of iron contained in vegetables than in meat, and it is this property with gives rosiness to the cheeks and lips. The old Carthusian and Trappist monks were noted for their Fra Beato Angelico faces, and their diet was most abstemious and entirely vegetable.”

More oxide of iron may indeed contribute to rosy cheeks, but vegetables most assuredly do not contain more iron than meat.

Naturally the article was accompanied by several vegetarian recipes, as well as a suggested menu for a vegetarian Thanksgiving dinner, just in case any readers were converted by the power of the rhetoric.

Recipes for the Day ….

One of the recipes was for “Monastery Soup”, which was abstemious indeed – even in the version luxuriously thickened with one teaspoon of flour to 3 pints of water.

Monastery Soup.
Cut one carrot, one turnip, and three potatoes into small dice, and with one small onion chopped fine, simmer in three pints of water until very soft. Season with salt and pepper. If it seems thin, thicken with one teaspoon of flour. A small quantity of chopped cabbage, string beans or peas may be added, if desired.

At least there was a dessert with cream, to mitigate against the excess of abstemiousness with the soup.

Apple Charlotte.
To make it, take six large apples, one-half box gelatine, one pint of cream, and sugar to taste. Pare the apples, steam until tender, and press through a colander. Add the sugar. Take the gelatine, which, covered with water, has been soaking for half an hour, and add to the hot apples, stirring until it is dissolved. Pour the mixture into a tin basin, place in a pan of ice water, and stir continually until it begins to thicken. Add quickly and carefully the cream which has been whipped. Place in a pudding mold, and set in a cool place to harden.

Quotation for the Day …
Everything you see I owe to spaghetti. Sophia Loren
Posted by The Old Foodie at 5:14 AM

Interesting read! I have so many allergies (food and environmental) that vegetables are about all I can eat. Please feel free to visit http://www.aturningpoint4me.blogspot.com ....Menopause....what an adventure and what a time for time for evaluating one's life.