Recommended to the German Housewife. 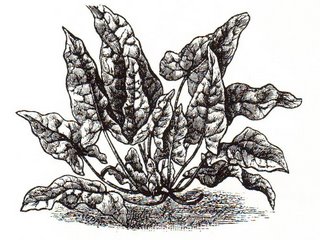 Three weeks after Britain’s declaration of war in September 1939, rationing of all foodstuffs started in Germany. In October, radio programs began to broadcast menu and cooking advice to German housewives, to assist them to deal with the food restrictions. Naturally this was of interest to Britons, who were themselves gearing up for rationing (which started in January 1940), and to newspaper editors who got some propaganda mileage out of reporting the details.

On this day in 1939, an article in The Scotsman newspaper said:

The following menu is recommended to the German housewife on the German radio for the next three days (says Reuter):

The London Times had published another set of menus less than a week previously and commented that “it compares unfavourably with the war-time cooking hints given to Viennese housewives by their newspapers”.

Meat, milk, and sugar, were rationed in Germany in 1939, as were fat (80 gm of butter, lard, margarine, cocoa butter, olive oil, cheese, or bacon), and bread (2,400 gm, or 1,900 gm bread plus 375 gm flour). In reality however, the German housewife must have had great difficulty preparing even these very sparse menus because the food situation in Europe was very serious and rapidly getting worse and it was often impossible to obtain even the ration amounts.

No doubt, as in Britain, German civilians grew their own food when and where they could, and perhaps also German newspapers gave recipe advice as did British papers. Perhaps a German reader could enlighten us on this? Until then, spinach soup recipes from English newspapers of the time will have to suffice as our inspiration. Here are two from The Times.

Spinach Soup.
To sufficient cooked and sieved spinach for four people allow one small onion, also cooked and sieved. Mix the vegetables, reheat, and when thoroughly hot but not boiling add the yolk of an egg, a little butter, and seasoning to taste. Thin to desired consistency with milk. Do not let the soup boil after adding the egg or it will curdle, but bring the soup to just below boiling point. [The Times, May 6th 1938].

This next recipe – sent in by “A Correspondent” of the newspaper, would have seemed an impossible dream in Britain twelve months later, by which time butter was under rationing.

Italian Soup.
This spinach soup comes from Italy and is delicious.
Boil and mince finely 2 lb of spinach. Put it in a saucepan with 4 oz of melted butter. Stir well, adding salt to taste. Now remove from the fire and mix in two eggs, a flavouring of Gruyere, and a pinch of grated nutmeg. Pour this puree into a pint of boiling veal stock, remove from the fire in a few minutes, and put it under the grill for a minute. This will coagulate the eggs and turn the puree into a soft green paste. Serve very hot with croutons. [The Times, Jan, 30th 1939].

Soup puts the heart at ease, calms down the violence of hunger, eliminates the tension of the day, and awakens and refines the appetite. Auguste Escoffier.

What of the breakfast soup made with rye flour? Any ideas?

kHello Tim, I suspect the soup was more like a rye flour porridge - I am hoping a German reader will enlighten us.
Janet

what a fabulous story. i'm going to try the italian spinach soup. i just got back from italy where i saw some buildings never repaired from the war and it got my imagination going about what life was like then.
thank you.

From what I can gather, the flour soup is still eaten, but mainly known in eastern and southern parts of Germany Switzerland and Austria. At the most basic it is like a flour porridge (water or milk) served with sugar. It can be made with speck/wurst, onions spices and herbs. Sometimes served with croutons. There is also a "burnt" version which the floutr is roasted/toasted in a pan making the soup darker. There is also the Sour rye soup, and I think that might come Poland. There are still a lot of recipe sites in German with recipes for flour soups. I hope someone with better German can give you more input.