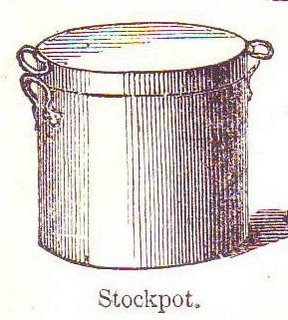 The general conditions of life in the workhouses of the Victorian era were often worse than in the prisons – but then there was hardly intended to be much difference, as a core principle of the Poor Law Amendment Act of 1834 was that workhouse conditions be sufficiently severe to act as a deterrent to admission. The punitive approach was in line with the prevailing feeling that the poor were that way because they were indolent and improvident – a convenient moral justification for the desire for minimal spending on social welfare.

Work in the workhouse ranged from the unpleasant to the excruciatingly hard and disgusting. One common job was the crushing of bone to make fertiliser, and there were many reports of inmates fighting over rotting bones to gnaw on – which is not surprising, when you consider the standard daily ration in “the houses”.

Dietary orders were periodically reviewed, and on this day in 1871, the Board of Guardians of the workhouse in Aberystwyth in Wales submitted some changes for consideration by the Local Government Board. The suggestions were:

With very slight variations (meat again on Thursday), this was the weekly ration for a man. Women, children, the elderly, infirm, and imbeciles got proportionately less.

A grossly insufficient quantity of food by any measure, I am sure you will agree, but consider also the quality of that food. Workhouse managers were often unscrupulous profiteers, and cheap food was commonly adulterated at that time, so it seems probable that the basic ingredients were pretty awful. Then there are the actual recipes to consider. The soup was not a stick-to-your-ribs kind of complete meal in a bowl, it was made with 24 oz of very inferior meat and bone to 8 pints of water, with 16 oz split peas or barley, 2 oz oatmeal, and 8 oz “fresh” vegetables. The gruel was simple – to 8 pints of water there was 10 oz oatmeal and 4 oz treacle, with allspice “to be used occasionally”. As for eggs, fruit, and fresh milk – they were totally absent from the ration. No wonder inmates of the worst houses sometimes committed crimes so that they could be sent to gaol, where they were better fed.

Isabella Beeton was not a cook, nor did she claim to be. “Ladies” in her day did not cook, they supervised kitchen staff who cooked. Isabella’s gift was in organising and editing the massive amount of information that she collected (and plagiarised) from many sources. She did, however, contribute one recipe to her Household Manual – a “Useful Soup for Benevolent Purposes”, because feeding the deserving poor of the neighbourhood was a responsibility of genteel ladies.

Her soup was certainly better than the workhouse variety, but it comes with a “Note” in the obligatory high moral tone of the Victorian era.

Useful Soup for Benevolent Purposes.
Ingredients: An ox-cheek, any pieces of trimmings of beef, which may be bought very cheaply (say 4 lbs.), a few bones, any pot-liquor the larder may furnish, ¼ peck of onions, 6 leeks, a large bunch of herbs, ½ lb. of celery (the outside pieces, or green tops, do very well); ½ lb. of carrots, ½ lb. of turnips, ½ lb. of coarse brown sugar, ½ a pint of beer, 4 lbs. of common rice, or pearl barley; ½ lb. of salt, 1 oz. of black pepper, a few raspings, 10 gallons of water.

Mode: Cut up the meat in small pieces, break the bones, put them in a copper, with the 10 gallons of water, and stew for 1/2 an hour. Cut up the vegetables, put them in with the sugar and beer, and boil for 4 hours. Two hours before the soup is wanted, add the rice and raspings, and keep stirring till it is well mixed in the soup, which simmer gently. If the liquor reduces too much, fill up with water.

Note: The above recipe was used in the winter of 1858 by the Editress, who made, each week, in her copper, 8 or 9 gallons of this soup, for distribution amongst about a dozen families of the village near which she lives. The cost, as will be seen, was not great; but she has reason to believe that the soup was very much liked, and gave to the
members of those families, a dish of warm, comforting food, in place of the cold meat and piece of bread which form, with too many cottagers, their usual meal, when, with a little more knowledge of the "cooking" art, they might have, for less expense, a warm dish, every day.

Thank you! My homework task is learning about the Victorian foods.

Thank You! My homework was learning about the Victorian foods.