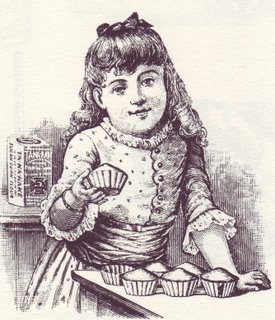 A menu appropriate for the particular times? Heavily symbolic of the gravity of the situation and the intended unflinching response? Rockfish to indicate fine fighting ability, the dish “St. Hubert” because he was the patron saint of The Hunt, and rice that was very Wild? Sadly for the semiotically inclined – the answer is No. The menu was a very standard one for the White House at the time – firmly based in the French classic tradition, and of course, written in French. In any case, the Mimosa Salad would have been a mistake - certainly much mimosa is thorny, but much also is “sensitive” and the leaves curl up at the approach of danger, added to which the yellow of the egg-yolk garnish of the salad, (which imitates the fluffy mimosa flowers) would definitely have given the wrong message.

For years, as the Cold War continued, the American public had been offered advice as to how to prepare for the worst – that is, for Atomic War. A whole raft of leaflets with titles like “Facts about Fallout” gave advice about building or improvising shelters, none of which would actually have saved anyone from radiation poisoning, but no doubt gave the voters a satisfying illusion of security. One pamphlet advised the shelter to be stocked with “A two-weeks’ supply of water and pre-cooked foods for your family. Plenty of fruit juices and water. Your family’s favourite canned foods can be a morale lifter. Don’t forget a can opener and a bottle opener.” What? And by the time your rations were used up you emerged from your sandbagged pantry and went to the newly re-opened supermarket?

These were certainly uncertain times, and although we will never know what the Kennedys and their guests discussed over their petits-fours and coffee, one thing we can be certain of is that the petits-fours were plain, dry, un-iced. It seems appropriate to end the meal with a little comfort food in the form of a little cake. The name “petits-fours” comes from the French words meaning “little oven”, indicating that these little cakes were placed in the cooling oven after the bread and larger cakes were removed, and there are two classical types - plain and dry (sec), which includes such things as biscuits, meringues and perhaps madeleines, and iced or decorated (glacé) cakes made from a pound-cake-like base

Here is a recipe for Petits Fours of the glacé type – actually a series of recipes – from the New York Times, May 24th 1964.

PETITS FOURS.
1 recipe almond butter cake.
1 recipe hot apricot glaze.
1 recipe mock fondant.
1 recipe butter cream frosting.
1. Slice the cake into two layers using a long serrated knife.
2. Spread one layer with a thin coating of apricot jam. Top with the second layer. Brus the loose crumbs from the surface.
3. Brush the surface with hot apricot glaze. Allow to set twenty to thirty minutes. Cut into small rounds, crescents, oblongs, and triangles. Place the cakes far apart on a cake rack placed over a piece of waxed paper.
4. Pour the warmed mock fondant over the cakes to coat all sides evenly. The excess will run down onto the paper and may be scraped back into the pan and rewarmed to use again. Do not overheat the fondant or it will lose its shine.
5. Allow the cakes to harden. Cut off the rack and place in small paper cases. They may be decorated with butter cream frosting forced through a parchment paper cornucopia fitted with a decorating tube.
Yield: three dozen petits fours.

MOCK FONDANT.
1 cup simple syrup.
3 cups sifted confectioners sugar (icing sugar), approximately.
2 teaspoons melted butter
2 teaspoons egg white
1 ounce unsweetened chocolate, melted.
1. Place the simple syrup in a pan and gradually stir in the sugar until a stiff paste is formed.
2. Warm the mixture to lukewarm while stirring. Add the butter and egg white. Adjust the consistency if necessary for coating the petit fours by adding more simple syrup or confectioners sugar.
3. Add the chocolate to half the mixture. Use other half white.
Yield: one and one half to two cups.

SIMPLE SYRUP.
2 ½ cups sugar
¾ cup white corn syrup
1 ¼ cups water.
1. Combine the ingredients in a large pan.
2. Heat gently while stirring to dissolve the sugar. Brush the sides of the pan with plain water to wash any undissolved sugar crystals down.
3. Raise the heat and boil rapidly without stirring for five minutes.
4. Cool. Store in a jar in the refrigerator until needed.

BUTTER CREAM FROSTING.
4 tablespoons soft butter
2 cups confectioners’ sugar (icing sugar), sifted
1 teaspoon vanilla.
1. Beat the butter with half the confectioners’ sugar until light and fluffy.
2. Gradually add the remaining sugar and vanilla until the desired consistency is reached.
The frosting may be flavored and colored if desired.
Yield: One cup.

Food is the most primitive form of comfort. Sheila Graham.