Eating in the Air. 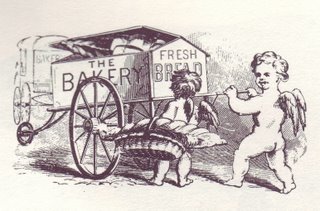 The very first airline meals were served on this day in 1919, on a Handley-Page flight from London to Paris, and a whole new chapter of dining history was opened up. These first meals were, in fact, simply pre-packed lunch boxes containing sandwiches, fruit, and coffee. The passenger paid 3 shillings (equivalent to about ₤4.50 today) for one of the boxes, which would have been an insignificant amount to anyone able to afford the ₤21 fare for the one-way trip at a time when a good craftsman could earn only ₤1 a day.

Nowadays, on all but the longest flights in the most expensive seats, airline meals are somewhere on the spectrum of boring to awful, and for most passengers their main purpose is to briefly relieve the monotony. Often there is no meal at all offered. Sometimes a totally unmemorable lunchbox option appears. Increasingly, passengers are not leaving it to chance and are pre-packing their own sustenance.

Somewhere between the two lunchbox eras there were a wonderful couple of decades of fine dining in the air. In the 1920’s Britain’s Imperial Airways, flying the Empire routes, five course dinners were standard, and in the 1930’s Handley-Page’s H.P. 42’s passengers had seven-course meals served at tables set up between facing seats. The short but exciting life of the great airships was not without its culinary delights either. Here is an example of a meal served aboard a Zeppelin flight:

Naturally, fine German wine accompanied the meals aboard the Zeppelins, and the Riesling of Mülheim was so popular it became called Zeppelinwein.

Back to reality. If we must have a lunchbox filled with sandwiches to eat in the air, let us at least make them suggestive of far-away places. The lovely ladies of “The Gentle Art of Cookery” (1925) , Mrs Leyel and Miss Hartley, whose sandwiches we have encountered before, have some ideas.

Delhi sandwich.
Six anchovies, three sardines, one teaspoonful of chutney, one egg, one ounce of butter, one small teaspoonful of curry powder.
Free the sardines and anchovies from bones. Pound them with the seasonings, the chutney and butter. Beat up the yolk of the egg and stir this in, with a pinch of cayenne. Heat the mixture, stirring it into a smooth paste.
This is excellent spread between toast. The toast should be made in rather thick slices, split in two, and the soft sides buttered.

Russian Sandwich.
Chop watercress very finely and mix it to a paste with butter, and spread it on toast; sprinkle it with salt and paprika. Cover it with caviare seasoned with lemon juice.