A Tale of Timbuktu. 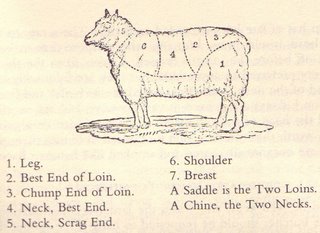 A Frenchman called Rene Caillie arrived in Timbuktu on this day in 1828, becoming the first European to do so and survive to tell the tale. The story has all the elements of an adventure movie in the Indiana Jones style. Caillie was an orphan child who decided that a life of adventuring was preferable to being apprenticed as a shoemaker. Lured by the fables of the “City of Gold” in the heart of Africa, learned the language, studied the customs, and set off posing as an Egyptian pilgrim. He was disappointed to find not gold, but “a mass of ill-looking houses, built of earth". Fearing discovery he stayed only two weeks, and returned to France a national hero, having beaten the English in the undeclared race to the city.

Caillie’s first meal in the city was “an excellent couscous with millet and mutton”, which he ate with his fingers. It is hard to imagine such a travel adventure not triggering a spate of cookbooks, but these were the days before food-travel writing. Pity.

Eliza Acton, whose recipes are the focus this week, had not yet published her cookbook (1845) when Caillie entered Timbuktu. When she did do so, she did not include millet or couscous recipes in her chapter on “Foreign and Jewish Cookery”, as her space for that chapter was limited because “we have so much enlared in the pages on the more important subject of ‘Bread’, and on other matters which relate to simple English domestic economy, that we find it necessary to depart from our original intention, and to confine our receipts here to a comparatively small number.”

Potatoes were the preferred English starch, and this is one of Eliza’s suggested ways to cook mutton.

A Baked Irish Stew.
Fill an brown upright Nottingham jar with alterate layers of mutton (or beef), sliced potatoes, and mild onions; and put in water and seasoning as above; cover the top closely with whole potatoes (pared), and send the stew to a moderate oven. The potatoes on the top should be well cooked and browned before the stew is served. We have not considered it necessary to try this receipt, which was given to us by some friends who keep an excellent table, and who recommended it much. It is, of course, suited only to a quite plain family dinner. The onions can be omitted when their flavour is not liked.

Tomorrow: An admirable receipt for eggs.

The original title for this post was “Timbuktu Tucker” – an absolutely obvious name for Australian readers. Then I realised that it might not be so obvious to those of you who are “overseas” (excluding Tasmanians, of course), so a brief explanation may be in order, with the disclaimer that while being a lover of words, I am not a linguist.

“Tucker” is a common Aussie slang word meaning food. The word ultimately derives from the verb “to tuck (in)”, as in to make a fold or to put out of sight. By the late eighteenth century it had developed its association with the consumption of food and drink, and by the mid-nineteenth century the noun “tuck” – British slang meaning food, had derived from the verb.
The mid nineteenth century was the time of the great Gold Rush to Australia, and the Australian slang word “tucker” seems to appear almost immediately and simultaneously both a verb and a noun.
So – a school canteen is a tuckshop, and the women who run it are “tuckshop ladies”, and “bush tucker” is wild food.
The truth is, however, that apart from in “the bush”, much of this slang is dying out with globalisation and immigration and multi-culturalism, no doubt being replaced with new words that to future generations will be slang.

He that travels in theory has no inconveniences; he has shade and sunshine at his disposal, and wherever he alights finds tables of plenty and looks of gaiety. These ideas are indulged till the day of departure arrives, the chaise is called, and the progress of happiness begins. A few miles teach him the fallacies of imagination. The road is dusty, the air is sultry, the horses are sluggish. He longs for the time of dinner that he may eat and rest. The inn is crowded, his orders are neglected, and nothing remains but that he devour in haste what the cook has spoiled, and drive on in quest of better entertainment. He finds at night a more commodious house, but the best is always worse than he expected. Samuel Johnson
Posted by The Old Foodie at 4:50 AM

I've just discovered your blog and I can't tell you how happy I am to have done so. You combine all my favorite things. Thanks.

Hello Kathryn
I am very happy that you enjoy my little stories. I haven't included chocolate so far - isn't that one of your favourite things?

Wonderful blog! I found you through Epicurious.

Love your quote of the day. And, here's another one for you, from Freda Stark in Baghdad Sketches:

To awaken quite alone in a strange town is one of the pleasant sensations in the world. You are surrounded by adventure. You have no idea of what is in store for you, but you will, if you are wise and know the art of travel, let yourself go on the stream of the unknown and accept whatever comes in the spirit in which the gods may offer it.

I look forward to reading more of your wonderful writing!

Thanks Mollie
Another travel quotation to add to my collection - you can never have too many quotations to enjoy, can you?

Across the miles, analog and cyber, another kindred soul is recognized! Thank you so much for your very interesting, and very well carried out, site.

But a question: in the baked Irish stew from Acton, there's a reference to "seasonings as above"...not having a copy on the shelf, sadly, could you provide the "above"?

With thanks in advance,
Kevin McDermott

Hello Kevin. Thanks for pointing out that omission. You dont need Acton on the shelf - it is at Google Books, if you just search for her name and select "Full Books". I do love Google Books. Here is the full recipe anyway:

AN IRISH STEW.
Take a couple of pounds of small thick mutton cutlets with or without fat according to the taste of the persons to whom the stew is to be served ; take also four pounds of good potatoes, weighed after they are pared, slice them thick, and put a portion of them, in a flat layer, into a large thick saucepan or stewpan ; season the mutton well with pepper, and place some of it on the potatoes, cover it with another layer, and proceed in the same manner with all, reserving plenty of the vegetable for the top; pour in three quarters of a pint of cold water, and add, when the stew begins to boil, an ounce of salt; let it simmer gently for two hours, and serve it very hot. When the addition of onion is liked, strew in two or three minced ones with the potatoes.
Mutton cutlets, 2 lbs.; potatoes, 4 Ibs.; pepper, ½ oz.; salt, 1 oz.; water, ¾ pint: 2 hours.
Obs.—For a real Irish stew the potatoes should be boiled to a mash: an additional quarter-hour may be necessary for the full quantity here, but for half of it two hours are quite sufficient.

You have a lovely site here. Thank you for this, and for today's Irish Turkey and the previous Welsh Rabbits.

Just in case you've not run across it, here's a fine exegesis on couscous -- including a link to an article about the history of couscous, which in turn links to a recipe.

I'll note that when I was writing a limerick about couscous, Mr. Wright kindly answered my question about whether it was pasta or grain (the fast answer: neither).

Oh - I'd meant to note that I'd not have had any problem with "tucker," but I'd always thought it was derived somehow from "best bib and tucker" -- as in, you'd be dressed in your best bib and tucker when you went out to dine. Now I know better.

Thanks for that, too!

If you can combine my two comments and it's no trouble, feel free to do so.