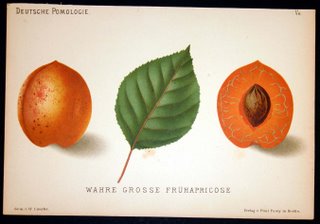 If you had been aboard the Japanese cruise ship M.S “Santos Maru” of the Osaka Shosen Kaisha Line on this day in 1934, you would have been en route between Japan and the east coasts of South America and the United States. It was still the golden age of cruising, and you would have been travelling first class in one of the 38 suites, because that was its only accommodation. This would have been your lunch for the day:
LUNCHEON

Toast pudding sounds like a very Victorian English dish for a very Victorian English invalid, rather than a first-class passenger on a cruise ship, but a recipe could not be found in any of the standard English cookbooks. To the OF’s surprise, there is one in ‘The White House Cookbook’ (1887), by Mrs. F.L. Gillette! Perhaps an American reader can enlighten TOF further on the history of the pudding, and its relationship to the Presidential home?

As for the tinned apricots … TOF is unable to comment except to say there may be times and places when these are necessary, perhaps in extreme circumstances even desirable, but surely there are better ways to preserve apricots? Dried? In Brandy? Serve apples instead?

A recipe for sugared and dried apricots in ‘A Book of Fruits & Flowers; Shewing The Nature and Use of them …’ (1653), sounds great, but would push this story over the word limit, so you must email TOF if you want it.

Tomorrow: Dr Livingstone’s breakfast.
Posted by The Old Foodie at 5:47 AM

I love your blog concept. Very nice. And I agree with your comments on apricots :)

Thanks Vatel! I cant believe I have never come across this before. I've already learned a lot in my very short blogging career. I dont suppose you are in any way related to THE Vatel?

Chiming in as a very newcomer to this blog, I can tell you that The White House Cookbook was a very popular publication right up through the 1950s. It's a collection of recipes from the First Ladies, and gives a fascinating overview of the cooking of different eras.

I was lucky enough to be given my great aunt's copy; sadly, it was well-loved instead of well-preserved, and is now a pile of book crumb.

Hello Kris
I have a tatty copy of the cookbook from 1913, but the 1887 version is online on the Gutenberg site - not the same as a real book , but good for research.