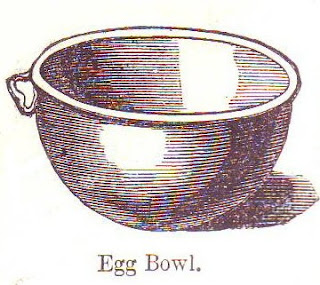 The famous Las Vegas resort the Desert Inn opened on this day in 1950, and the menu for opening night was recreated in 2000 for the fiftieth birthday celebration.

Chocolate Malted Milk Cake seems a strangely ‘homey’ choice for a resort in the glittery city of Vegas - I would have expected something sparkly and multicoloured and highly decorated like an ice-cream parfait.

The cake is a good choice for a recipe today, given that the recent story about Lady Baltimore Cake provoked some interest.
As far as I have been able to make out, Chocolate Malted Milk Cake seems to have made its appearance in the USA in the late 1920’s. The first mentions that I have come across are for bakery-made cakes, but I am sure that lurking in someone’s grandma’s cookbook there is a recipe for a home-made version earlier than the one I give you today, from a newspaper article of 1937. If you know of an earlier recipe, do please let me know. I think an archive of "First Recipes For … " might be a very nice feature, but I will need some help.

This recipe is also interesting in that it highlights some of the inherent difficulties in accurate recipe-writing.

Light oven and set at moderate (350deg) [refers to Fahrenheit!] temperature. Grease and flour two 9 inch cake pans. Sift before measuring the cake flour and re-sift with the chocolate malted milk, baking powder and salt. Cream together until light and fluffy the shortening and sugar. Beat in vigorously the egg and vanilla.
Add the flour mixture alternately with the evaporated milk diluted with water. Begin and end with the flour mixture, beating until smooth after each addition. Pour into prepared pans. Bake 25 minutes in moderate oven (350deg) or until cakes shrink from the sides of pans. When cool, put together with;

UPDATE!
t.w.barritt over at Culinary Types has made this exact recipe, and posted pictures and commentary. If you want to learn some 1920's slang, hop over and check out the post!

We found out about the Lord Mayors Easter in 1848

No one who cooks, cooks alone. Even at her most solitary, a cook in the kitchen is surrounded by generations of cooks past, the advice and menus of cooks present, the wisdom of cookbook writers. Laurie Colwin

Nice post, its a really cool blog that you have here, keep up the good work, will be back.

Hi t.w.
I knew you'd like this one. The sad thing is, I'm too far away to taste your re-creation.

This cake sounds delicious! I'm looking forward to trying it. I've found the same confusion with old recipes - the writer tends to assume a lot of knowledge on the cook's part, which is fine for experts but not so good for novices! I also loved your quote of the day.

Yes Janet - malted milk is a powdered substance that you mix in with your milk (along with a good dash of Hershey's Chocolate Syrup) or put in a blender with ice cream to make malts. They don't sell that over there?

Hi Sally - Yes, we do get malted milk powder here,although I suspect it is more popular in your country. The confusion was that I read "malted milk" as meaning the made-up drink, whereas the recipe clearly meant the powder - would an American have made the same assumption? (two countries divided by a common language!)

Chocolate Malt Cake
You can also frost the cake with chocolate or vanilla frosting. Add nuts if desired. Or top with whipping cream.

Yields about 16 smaller pieces of cake.