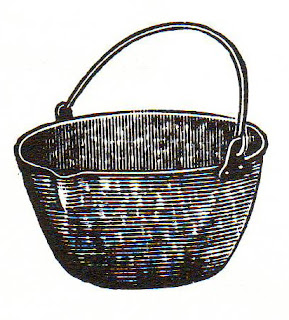 We meet Sam Pepys again today, this time in 1669 in the company of his colleague Henry Sheres who has spent some time at the embassy in Spain, and introduces Sam to a new dish on this day.

“To the Mulberry garden, where Sheres is to treat us with a Spanish Olio by a cook of his acquaintance that is there, that was with my Lord in Spain. And without any other company, he did do it, and mighty nobly; and the Olio was indeed a noble dish, such as I never saw better, or any more of….So we left other things that would keep till night for a collation..”

An Olio, or Olla Podrida is, according to the OED “a dish of Spanish and Portuguese origin, composed of pieces of meat and fowl, bacon, pumpkins, cabbage, turnips, and other ingredients stewed or boiled together and highly spiced.” The name comes from the cooking pot, much as we now use ‘casserole’ to refer to the dish rather than the container. They sometimes had a spectacular number of ingredients, as this recipe from Robert May’s Accomplish't Cook, published in 1660.

You may need to stop and rest half way through reading the instructions.

To Make an Olio Podrida.
Take a pipkin or pot of some three gallons, fill it with fair water and set it over a fire of Charcoals, and put in first your hardest meats, a Rump of Beef, Bolonia Sausages, Neats Tongues, two dry and two green, boiled and larded, about two hours after the pot is boiled and scummed: put in more presently after your Beef is scummed, Mutton, Venison, Pork, Bacon, all the aforesaid in gubbins, as big as Ducks Egg, in equal pieces, put in also Carrots, Turnips, Onions, and Cabbidge, in good big pieces as big as your meat, a faggot of sweet herbs well bound up, and some whole Spinedge, Sorrel, Burradge, Endive, Marigolds and other good Pot hearbs a little chopped, and sometimes French Barley, or Lupins green or dry.
Then a little before you dish out your Olio, put to your pot Cloves, Mace, Saffron &c.
Then next have divers Fowls; as first,

Boil the aforesaid Fowls in water and salt in a pan, pipkin or pot, &c.

And stew these in a pipkin together, being ready clenged with some good sweet butter, a little white wine, and strong broth.
Some other times for variety you may use Beets, Potato’s Skirrets, Pistaches, Pine Apple seed, or Almonds, Poungarnet, and Lemons.
Now to dish your Olio, dish first your Beef, Veal, or Pork; then your Venison, and Mutton, Tongues, Sausage, and Roots over all.
Then next your largest Fowl, Land Fowl, or Sea Fowl, as at first, a Goose or Turky, two Capons, two Pheasants, four Ducks, four Widgeons, sour Stock-doves, four Partridges, eight Teals, twelve Snites, twenty-four Quails, forty eight Larks, &c.
Then broth it, and put on your pipkin of Collyflowers, Artichocks, Chestnuts, some Sweetbreads fried, Yolks of hard Eggs, then Marrow boil’d in strong borth or water, large Mace, Saffron, Pistaches, and all the foresaid things being finely stewed up, and some red Beets overall; slic’t Lemons, and Lemon peels whole, and run over it with beaten butter.

What size pot must this have needed? Twenty different sorts of meat, if you include the marrow!

The story was about the African explorer,
Posted by The Old Foodie at 5:44 AM

Hmm - I think a vegetarian dish is in order.

Why t.w you disappoint me! After your magnificent effort with the Lady Baltimore Cake I was sure you would want to reproduce this lovely warming winter casserole!

Imagine the size of the oven you'd need as well!

I just came across your blog by chance, and I love it. Am interested in history of food, but so far have only looked at www.godecookery.com. Will stop back often. You write so well! I do a newsletter for an organic CSA here in the states and hope I can work in references to your blog.
Cheers,
Melinda