On the Road Again … 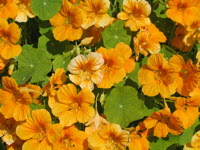 Duncan Hines, the original reviewer of roadside eating places was born on this day in 1880. For over thirty years he was a travelling salesman, which meant that he did a lot of eating on the road. In 1935, instead Christmas cards, he made up a list of 167 recommended ‘harbours of refreshment’ and sent this out to friends and family instead, with the message:

I am passing this information on to you, hoping that it may yield enjoyment and delectation, should you find yourself in the vicinity of one of these 'harbors of refreshment' as you travel hither and yon.

The list’s eventual circulation was very wide, and one thing led to another and another and eventually to a syndicated newspaper column and a regular spot on the radio. His success and longevity in the field of food writing came about largely because he was seen as a fair and and independent reviewer with uncompromising standards of cleanliness and quality, which meant that he was trusted by the American driving and eating public. At the height of his popularity he was better known (and presumably better trusted) than the Vice President of the United States, Alben Barkley.

Along the way Hines produced a string of popular guide books, starting with Adventures in Good Eating which he wrote in 1936 at the age of 56 years. A well-trusted celebrity is sought after for his endorsement potential and Hines was no exception. He never took any kind of payment for a favourable review (although establishments recommended by him were entitled to display a sign to that effect), but he was approached in 1948 by a businessman called Roy Park and persuaded to lend his name to a line of packaged foods. It is ironic that this good food writer is best known for his name on packaged cake mix rather than for his writing, but such, perhaps, is Life.

Often, of course, it is safer to take one’s own food when one goes on a motor excursion.
This one sounds interesting:

AUTOMOBILE SALAD.
Miss W. I. Puls, 824 Tenth street, Riverside, Cal.
Cut into small pieces four medium-sized tomatoes, draining off the juice and rejecting it from the salad; two medium-sized heads of lettuce, four stalks of celery and one-half cup pickled olives. Mix thoroughly and put together with the following dressing: Beat one egg until creamy; pour over it four tablespoons vinegar, scalding hot, stirring constantly. Place dish in hot water over fire and stir constantly until mixture thickens. Remove from fire and add one teaspoon butter and stir until melted. Add one-half teaspoon mustard, one-half teaspoon salt, one-quarter teaspoon pepper and dilute with enough sweet cream to make the dressing the consistency of cream. Add two tablespoons Underwood's deviled ham. Garnish with red nasturtium blossoms.
[The Times Cook Book, No. 2: 957 Cooking And Other Recipes.../By California Women; Brought Out By The 1905 Series Of Prize Recipe Contests In The Los Angeles Times.]

Having grown up on packaged cake mixes, I had no idea that Duncan Hines was an actual person, let alone a food writer. One can only imagine the types of roadside establishments he visited during that era.

I didn't know that either T.W. And I love the quote by him O.F.