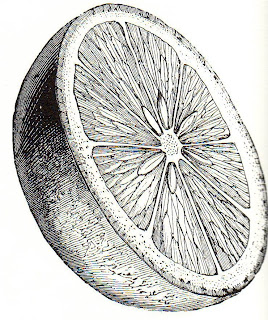 The wonderful markets of Paris have a long history. They had already been trading for perhaps centuries when legislation was enacted on this day in 1322 specifying the hours at which they were to open.

Less than three decades later the population of Paris was halved in the space of about a year by bubonic plague, but at the time it was a thriving metropolis of about a quarter of a million people packed into an area of a few square miles – a huge city by medieval standards.

In 1393 in Paris a wealthy older man wrote a housekeeping manual to help his young wife (he was probably in his 60’s, she about 15) to learn how to manage a household. There is much in Le Menagier de Paris about the various markets. The author advises his wife where she should go for particular goods, and gives her an idea of how much she should pay for various items, using as examples details of the catering for several weddings:

Arrangements for the wedding done by Master Helye in May, on a Tuesday; dinner only for twenty bowls.

… Trencher bread, three dozen of half a foot in width and four fingers tall, baked four days before and browned, or what is called in the market Corbeil bread.

At Pierre-au-Lait [the milk market], a sixth of full-cream milk without water added, to make the frumenty …

In the Place de Greve, a hundredweight of coal from Burgundy, thirteen sous two sacks of charcoal, ten sous.

Oranges and pomegranates are mentioned several times in the manual. They were an expensive luxury in medieval France, and the author does not specify the cost presumably because it varied with the supply. He does give a price for candied orange peel however:

To give an idea of the relative cost of this luxury, compare it with some everyday items:

The young wife is given instructions for making candied orange peel herself, as well as advice as to where oranges may be used in what we would now call ‘savoury’ dishes.

Item, partridge must be plucked dry, and cut off the claws and head, put in boiling water, then stick with venison if you have any, or bacon, and eat with fine salt, or in cold water and rose water and a little wine, or in three parts rose water, orange juice and wine, the fourth part.

Mullet is called "migon" in Languedoc, and it is scaled like a carp, then split the length of the belly, cooked in water, with parsley on it, then cooled in its water; and then eaten with green sauce, and better with orange sauce. Item, it is good in pie.

Item, in summer, the sauce for a roast chicken is half vinegar, half rose-water, and chilled, etc. Item, orange-juice is good.

And to use the pomegranate, the ‘fricassee’:

White Soup.
Take capons, hens or chicks killed beforehand at a convenient time, either whole or in halves or quarters, and pieces of veal, and cook with bacon in water and wine: and when they are cooked, take them out, and take almonds, peel and grind them and mix with water from your fowls, that is to say the dearest, without scrapings or any bits, and strain them through a sieve; then take white ginger prepared or peeled, with grain of Paradise, prepared as above, and strain through a very fine sieve, and mix with milk of almonds. And if it is not thick enough, strain fine flour or rice, which has been boiled, and add a taste of verjuice, and add a great amount of white sugar. And when it is ready, sprinkle over it a spice known as red coriander and some seeds of the pomegranate with sugared almonds and fried almonds, placed at the bottom of each bowl.

The book is an interesting record of the role of women in the fourteenth century. The author is a man of his time and expects wifely obedience, but he seems kindly, not cruel. A touching part of his motive is that he fully expects his wife to outlive him and will therefore inevitably re-marry, and he wants her to be better prepared to run the household of her next husband.

You cannot sell a blemished apple in the supermarket, but you can sell a tasteless one provided it is shiny, smooth, even, uniform and bright. Elspeth Huxley.
Posted by The Old Foodie at 5:46 AM

I noticed an entry - pomegranates for blankmanger (a type of fricassee) - could the writer actually be making a reference to blancmange, a type of pudding?

Hello Nene - it is the same word - a blankmanger used to be what we would now consider a 'savoury' dish (although there was no real distinction that way in mediaeval times) - usually of white meat such as chicken with rice or almond broth or some such. It gradually became sweeter, the chicken got left out, and Voila! a pudding.