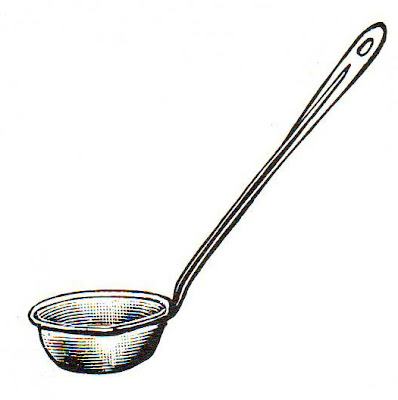 Samuel Pepys had a simple dinner on this day in 1660.

“In the morning went to my office where afterwards the old man brought me my letters from the carrier. At noon I went home and dined with my wife on pease porridge and nothing else.”

Sam sounds vaguely disgruntled by his plain dinner, although we are given no hint of explanation. He makes no mention of illness. It wasn’t Lent, when all Christian folk would have been expected to eat meatless meals. It was hardly an economic necessity - although he had put on a ‘very fine dinner’ comprising “a dish of marrow bones; a leg of mutton; a loin of veal; a dish of fowl, three pullets, and two dozen of larks all in a dish; a great tart, a neat's tongue, a dish of anchovies; a dish of prawns and cheese” for several guests less than a week before, he was doing well enough for himself.

Sam doesn’t appear to dislike pease either, he makes several mentions of them, including specifically mentioning, in a May 1662 entry that “this day I had the first dish of pease I have had this year.” Perhaps this is the key. Perhaps he likes fresh pease, but not pease porridge?

Some sort of porridge/pottage has been the staple meal of peasants in many countries for many centuries. In its simplest form it is a sort of soup with a starchy base, with other additions depending on the circumstances of the time. On feast days, ale or wine and spices, sugar and dried fruit could be added to make this one-pot meal special, and Sam mentions ‘brave plum porridge’ with apparent relish, in another diary entry. All that was needed was the development of pudding cloths in the seventeenth century to enable Christmas (plum) porridge to evolve into Christmas (plum) pudding, and Pease porridge to Pease pudding.

Pease porridge/pottage seems to be associated particularly with Britain, and it is a dish we can recognise instantly today – we just call it pea soup.

Robert May published his very successful book The Accomplish’t Cook in the same year as Sam’s diary entry. He had four versions of Pease Pottage, two made with fresh pease, and two variations from the same starting batch of dried peas (and he appears to favour the ‘worm-eaten’ ones!)

Pease Pottage
Take green pease being shelled and cleansed, put them into a pipkin of fair boiling water; when they be boiled and tender, take and strain some of them, and thicken the rest; put to them a bunch of sweet herbs, or sweet herbs chopped, salt, and butter, being through boild dish them, and serve them in a deep clean dish with salt and sippets about them.

Otherwayes.
Put them into a pipkin or skillet of boiling milk or cream, put to them two or three sprigs of mint, and salt, being fine and tender boild, thick them with a little milk and flour.

Dry, or old Pease Pottage.
Take the choicest pease (that some call seed-way pease) commonly they be a little worm eaten (those are the best boiling pease) pick and wash them, and put them in boiling liquor in a pot or pipkin; being tender boild, take out some of them, strain them and set them by for your use, then season the rest with salt, a bundle of mints and butter, let them stew leisurely, and put to them some pepper.

Strained Pease Pottage.
Take the former strained pease pottage, put to them salt, large mace, a bundle of sweet herbs, and some pickled capers; stew them well together, then serve them in a deep dish clean scowred, with thin slices of bread in the bottom, and grated manchet to garnish it.

We had a story inspired by Robinson Crusoe on this day last year.
Quotation for the Day …

"I always eat my peas with honey; I've done it all my life. They do taste kind of funny but It keeps them on my knife." Anonymous.
Posted by The Old Foodie at 5:32 AM

Hello Nene - I think after 9 days it would be like sourdough, dont you?

Hello! I am a food historian and preservationist in the States and am wondering if I could email you on some of your research. I work with Clann Tartan (clanntartan.org) as their food chick (it's my picture with a butter churn on the website). I am currently doing quite a bit of research into pre-17th century Scottish bread making and am finding it hard to locate recipes about pease bread. I found one reference years ago, but can't find it again. Do you have anything?

Thanks much
Renee Petersen
mydogharpo@juno.com

Renee Petersen, hello. the "pease bread" you are looking for is called Stottie. the link is a very typical recipe made in Scotland and North East region of England.

Old Foodie, hi there.in the day many kitchen had a stock pot on the fire all the time. it was used as morning broth, gravy base, soup, etc. it was "fed" or added to over the course of the day's cooking. sometimes when food was short there would be nothing to add but dry peas, a bone, and some wild onions and herbs. after a few days it would thicken from Pea Soup to Pease Porridge, a spread put on Scotties with a slice of ham and onion. Stotties were made from scraps collected from the day's bread making, biscuit dough, added together with yeast, milk flour, water to make a dough. they're made on a iron pan, flipped halfway through baking.