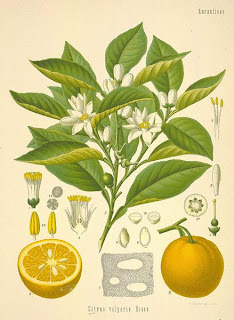 The Orange Free State was handed to the Afrikaners on this day in 1854 at the Bloemfontein Convention. One hundred years to the day later a dinner was held at the Maitland Hotel in Bloemfontein to celebrate the anniversary.
The menu was:
Grapefruit cocktail.
Eeufees Groentesop.
Rainbow Trout Meunière.
Asparagus Hollandaise.
Roast Spring Chicken with Bacon and Mushrooms.
Roast Saddle of Lamb with Mint Sauce
Potatoes Green peas Cauliflower.
Strawberries and Ice-cream
Fancy Pastries Fruit Cheese
Coffee.
I am struck by how singularly uninspiring this meal was, considering the national significance of the event it was intended to mark. It was a very generic 1950’s idea of fine dining, and the menu could have just as easily been presented anywhere in Britain, Europe, or the Americas. The one exception amongst the dishes, the only one apparently giving a nod to nationalism is the mysterious dish Eeufees Groentesop.

Afrikaans was not taught to me in the Yorkshire of my childhood, so I am sadly deficient in the language. I am however, more or less reliably informed that the Eeufees Groentesop translates as ‘Centenary Vegetable Soup’. Why this one exception? Why not all the dishes given in Afrikaans? More to the point, why not a menu of Afrikaaner dishes? What rule is this exception proving? And how many other questions does this beg?

The only answer I can come up with which may serve to answer all of the questions is: lack of imagination on the part of the organisers or the chefs.

If it was not to be a meal of Afrikaaner food (which would surely have been most delicious as well as most appropriate), why not Orange food? A colour theme would have fitted nicely, and might have been a lot more fun. The grapefruit would have been allowed in immediately, and the soup could have been made with yellow-orange vegetables. A fishy dish with saffron, and of course duck with orange would have been perfect main dishes.

There would have been no shortage of dessert choices as oranges lend themselves best of all to sweet dishes – which set me thinking that an afternoon tea party would have been a most elegant alternative to a stodgy, stuffy dinner. In Breast Cancer week in October we considered holding a ‘Pink Tea’, and discovered that the idea was not new - trendy ladies of leisure held colour-themed afternoon teas way back in the 1880’s.

From the book that gave us the Pink Tea idea, Aunt Babette's" Cook Book: Foreign and domestic receipts for the household: A vaulable collection of receipts and hints for the housewife, many of which are not to be found elsewhere. (Cincinnati, 1889) here are some ideas suitable for an Orange Afternoon Tea.

Orange Fritters.
Yelks of four eggs beaten with four tablespoonfuls of sugar, stir into this the juice of half a lemon, and just enough flour to thicken like a batter; add the beaten whites, and dip in one slice of orange at a time, take up with a large kitchen spoon and lay in the hot butter and fry a nice brown. Sprinkle pulverized sugar on top.

Orange Cake.
Beat light the yelks of five eggs with two cups of pulverized sugar, add juice of a large orange and part of the peel grated, and half a cupful of cold water and two cups of flour, sifted three times. Add a teaspoonful of baking powder in last sifting and add last the stiff-beaten whites of three eggs. Bake in layers, and spread the following icing between and on top: Beat the whites of three eggs stiff, add the juice and peel of one orange and sugar enough to stiffen. Very nice.

Orange Ice.
Take six oranges; grate the peel of three and squeeze out the juice of all the oranges. Add the grated peel to the juice, also the juice of two lemons, one pint of water and one pint of sugar. Strain into the can and freeze.

Orangeade.
Take four large, juicy oranges and six tablespoonfuls of sugar. Squeeze the oranges upon the sugar, add a very little water and let them stand for fifteen minutes; strain and add pounded ice and water.

A Simple and Excellent Breakfast Food.

It was the birthday of Cesar Ritz.

"And every day when I've been good,
I get an orange after food."
Robert Louis Stevenson.
Posted by The Old Foodie at 5:28 AM

Groentesoup (lit., vegetable soup) is very well known in Holland - it consists of chopped-up leeks, carrots and cauliflower (soupgroenten)in beef broth with little ground beef meatballs. The meatballs are traditionally flavored in Friesland with cloves and pepper, among other things. I have no idea what makes the 'centennial' vegetable soup of South Africa so special. The addition of an egg, perhaps?

I think Nene has the honor of most commenter Janet! LOL

what an amazing site! I came across it researching comfit history!

Nene and Sally - you can share the honour of "Most Common Commenter"!
jeanne bee - thanks for finding me - are you researching comfits as a fun project, or is it a serious (writing) quest? Check out the free online historic cookbook database (about 500 books) - the link is in the sidebar.