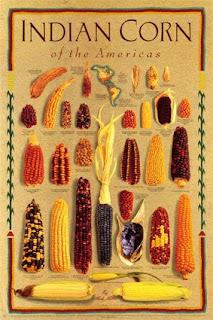 The much-loved American poet Henry Wadsworth Longfellow was born on this day in 1807. One of his most popular works is The Song of Hiawatha. Hiawatha is an Ojibway Indian who is reared by his grandmother Nokomis when his mother Wenonah dies of heartbreak at being abandoned by her husband Mudjekewis. When he is a man, Hiawatha sets out to find his father and avenge his mother’s death. The Song of Hiawatha is the story of his adventures, his love for the beautiful Minnehaha, and his realisation that the Indian must accept and befriend the White Man, because he has come to stay.

In the poem - one of the first to take Native Americans as its theme - he describes the feast prepared by Hiawatha’s grandmother Nokomis at his marriage to his beloved Minnehaha (Laughing Water).

Sumptuous was the feast Nokomis
Made at Hiawatha's wedding;
All the bowls were made of bass-wood,
White and polished very smoothly,
All the spoons of horn of bison,
Black and polished very smoothly.
She had sent through all the village
Messengers with wands of willow,
As a sign of invitation,
As a token of the feasting;
And the wedding guests assembled,
Clad in all their richest raiment,
Robes of fur and belts of wampum,
Splendid with their paint and plumage,
Beautiful with beads and tassels.
First they ate the sturgeon, Nahma,
And the pike, the Maskenozha,
Caught and cooked by old Nokomis;
Then on pemican they feasted,
Pemican and buffalo marrow,
Haunch of deer and hump of bison,
Yellow cakes of the Mondamin,
And the wild rice of the river.
But the gracious Hiawatha,
And the lovely Laughing Water,
And the careful old Nokomis,
Tasted not the food before them,
Only waited on the others
Only served their guests in silence.

Nokomis did her grandson and his bride proud. It was a worthy feast indeed, with the only mystery (for some of us) being the ‘Yellow Cakes of the Mondamin’.

In one of his adventures Hiawatha triumphs over the corn spirit Mondamin who has challenged him, and as a reward receives a gift which becomes ‘the friend of man’ - a plant with green robes and ‘soft yellow tresses’. Maize. The Yellow Cakes of the Mondamin then, are Corn Cakes.

Maize, thanks to the Native Americans they met, certainly also proved to be the friend of the early settlers who would have starved without it. None of the cookbooks they took with them from England would have had recipes for maize, for it is a truly American plant. It was not until 1796 that the first American cookbook was published, but it did include a recipe for corn cakes.

Indian Slapjack.
One quart milk, 1 pint Indian meal, 4 eggs, 4 spoons of flour, little salt, beat together, baked on gridles or fry in a dry pan or baked in a pan which has been rub’d with suet, lard or butter.

The story last year was called 'Tuppence for Mutton'

“When you ask one friend to dine,
Give him your best wine !
When you ask two,
The second best will do”
Longfellow.

There is a town in Iowa by where I grew up named Mondamin. I never realized that it meant corn! Isn't that interesting?!

Oooooooo thank you for that link! that is going to be a great one for research.