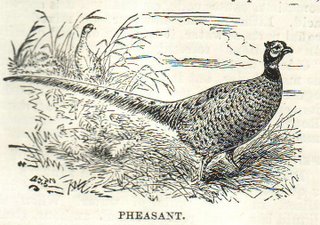 Alas! I will never know the food pleasures of a food editors’ conference - although perhaps I won't be missing much after all, for something tells me that gastronomically speaking, such events are no longer what they used to be. One menu that leads me to this suspicion is for a luncheon held on this day in 1956 at the Ambassador Hotel, New York, during a conference for Newspaper Food Editors.
“GAME FOR GOURMETS”

To be sure, this meal was a mere shadow of an inconsequential snack compared to the grand Game Dinners held for several decades of the nineteenth century at the Grand Pacific Hotel – the banquets referred to reverently as “Chicago’s greatest feed”. We will perhaps study one of these spectacular banquets in a month or two, but until then we must be satisfied with a brief analysis of the one before us.

We could remark on the presence of pheasant in two of the dishes (the pate in aspic being rather too obviously a way to use up the non-breast meat of the other dish), and the lack of venison (which guests could reasonably have expected, given that there was a deer illustrated on the menu cover), or the political correctness of bear ham (but I bet it was delicious), or the nice theme details (the rice was wild and the dessert must have looked charmingly arboreal and rustic) – but unless food editors at conferences eat better now, fifty years later (do they?), our criticisms will have the hollow ring of envy.

The most intriguing question raised by this menu is “Why beer, and no wine?” This is extraordinarily easy to answer. The conference, or at least this meal, was sponsored by the United States Brewers Foundation.

“The American People’s Cookbook” was first published under the auspices of the Culinary Arts Institute in the same year as today’s menu. In case you find yourself with a pheasant or two, the side dish recipe is taken care of here:

Grease a 1qt casserole.
Wash, soak, and cook about 10-20 min or until just tender
2 cups (about ½ lb) Brussels sprouts.
Meanwhile, wash, make a slit on two sides of each shell and put into a saucepan
½ lb chestnuts.
Cover with boiling water and boil about 20 min. Drain. Peel off shells and skins. Return blanched nuts to saucepan and cover with boiling salted water. Cover and simmer 8 to 20 min, or until chestnuts are tender. Drain.
Prepare and set aside
¼ cup buttered bread crumbs.
When Brussels sprouts are tender, drain, reserving liquid.
Measure ½ cup of the hot liquid. Add to liquid
1 beef bouillon cube or ½ teaspoon concentrated meat extract.
Set aside.
Turn one half of the chestnuts and Brussels sprouts into casserole. Sprinkle with
Salt, Pepper, Accent, Nutmeg
Dot generously with
Butter or Margarine
Repeat layering
Pour the reserved beef broth into casserole. Sprinkle the buttered crumbs over casserole.
Bake at 350oF 15 to 20 min., or until crumbs are lightly browned.
4 servings.

We all have hometown appetites. Every other person is a bundle of longing for the simplicities of good taste once enjoyed on the farm or in the hometown [he or she] left behind. Clementine Paddleford.
Posted by The Old Foodie at 5:03 PM