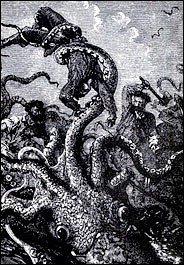 Today we celebrate the birthday of the D.H.Lawrence in 1885. He is now acknowledged as one of the twentieth century’s greatest writers, but many other names have been applied to him at different times (pornographer, misogynist, traitorous wartime spy etc), but was he - for want of a better word – a “foodie”? Probably not, although that is not to say that he did not have any opinions on the topic.

In the 1920’s he spent a lot of time in self-imposed exile in Europe, especially Italy. He recorded his impressions of Sardinia during his nine day trip across the island, and in his intensely graphic style he waxed lyrical about the honest rusticity of the food of the noble peasant:

“The peasants of Sicily, who have kept their own wheat and make their own natural brown bread, ah, it is amazing how fresh and sweet and clean their loaf seems, so perfumed, as home-made bread used all to be before the war.”

But he could be also be harshly critical, and - it has to be said – confused:

“The fish appeared. And what was it? Fried ink-pots. A calamio is an inkpot: also it is a polyp, a little octopus which, alas, frequents the Mediterranean and squirts ink if offended. This polyp with its tentacles is cut up and fried, and reduced to the consistency of boiled celluloid.”

He (and we) are uncertain what exactly is this “fish” that he so dislikes – is it squid, cuttlefish, or octopus? They are all from the Phyllum Mollusca, Class Cephalopoda, but zoologically speaking there are small differences. To summarise, these are: octopus has 8 arms, no internal “shell”, squid have 8 arms, 2 tentacles, and a fine transparent internal “quill”or pen, cuttlefish have 8 (short) arms, 2 tentacles, and a large internal “cuttlebone”.

Culinarily speaking squid, octopus, and cuttlefish are interchangeable in most recipes. They have been popular in the rest of Europe for centuries, although recipes for them did not appear in English cookbooks until well into the twentieth century. There was one voice calling out in the wilderness however: a fascinating book called “The Edible Mollusca of Great Britain and Ireland, with Recipes for Cooking Them” was published by M .S. Lovell in 1884. It is a wonderful mix of science, history, and myth. A large part of the chapter on “Sepiadae” is given over to repeating mythical stories of encounters between seafarers and gigantic cepalopods such as the Norwegian kraken and the Hydra destroyed by Hercules. It is not a cookbook as such, but it does include some interesting recipes.

To Cook Cuttles.
First cleanse them thoroughly by scalding; then rub the body and legs (feelers?) with garlic, and after cut the whole into small pieces and fry in olive oil; one or two fresh gathered Chili peppers being introduced as a seasoning.

Jersey Method of Cooking Cuttlefish.
Boil them for ten minutes, then take them out, the skin will come off like a glove, leaving the fish like so many sticks of horseradish. Then boil them for an hour longer; take them out and cut them up, and fry them with onions. Some prefer slices of bacon fried with them instead of onions, and served up with milk sauce. They are plentiful about October, and large ones are sold in the markets at a penny each.

Spanish Method of Stewing Cuttles.
Stew them over a very slow fire in oil or butter, and, before serving, add a little water, salt, bread-crumbs, saffron, and a soupçon of new honey or sugar.

There is a little more on cephalopods, and a sixteenth century Catalan/Spanish recipe for a "Pottage of Squid and Cuttlefish", in the story of March 3rd 2006.

The Spanish Wine, my God, it is foul, catpiss is champagne compared, this is the sulphurous urination of some aged horse. D.H Lawrence, in a letter to Rhys Davis.
Posted by The Old Foodie at 6:35 AM