The Prince in the Colonies. 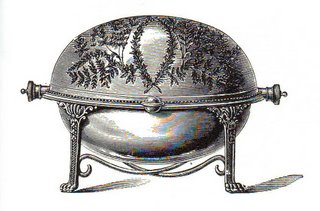 In 1920 the Prince of Wales (the future King Edward VIII) arrived in Australia on an official visit with the specific purpose of thanking its citizens for their contribution to the recent war. The citizens were suitably awed, and this time did not attempt to assassinate him – although in truth it was a rabid Irishman, not a true Australian that had taken a shot at the first royal prince (Alfred) in 1867.

Successive local authorities spared no expense in trying to outdo each other in royal offerings. In Adelaide, they took him to the hotel on this day in 1920, and gave him offal for lunch.
MENU
Huitres au Naturel.

Hock, Claret, Sherry, Madeira (old), Port, Sparkling Hock.
“Ris de Veau” are veal sweetbreads, which are “the pancreas, or the thymus gland, of an animal” and “esteemed a delicacy” according to the OED. Princely food, Huh? At least the wine list was impressive. Something for everyone there. The Madeira was not new, and the bubbly was not labelled “Australian Champagne”. We’ve come a long way in the Colonies since 1920.

When H.M. Queen Elizabeth travels overseas, a list of forbidden ingredients is sent ahead to the host nation – no garlic (cause royal bad breath) no oysters (uncooked, risk of royal diarrhoea), no spaghetti (royal bosom might get bespeckled with sauce), no berries (unsightly berry seeds on royal teeth). No BERRIES ?!

Luckily, offal does not appear to be on the royal “off” list, so should a member of The Family come to stay, you could cook them sweetbreads. Here is the exact recipe from the cookbook of Queen Victoria’s chef, Francatelli.

Sweetbreads à la St.Cloud.
These should be scalded and pressed in the usual way, and studded over in neat circular order with pieces of black truffle or red tongue, cut in the form of large hobnails; then make twelve openings with a blunt wooden skewer in each sweetbread, in a introduce in these the nail-like pieces of tongue perpendicularly. Braize them according to the directions in the foregoing, and when done, dish them up with a white Toulouse ragout; garnish the entrée around the base with a border of small quenelles decorated with truffles, and place a group of trimmed crayfish-tails, previously tossed in a little glaze, coloured with lobster coral; slightly glaze the sweetbreads, and serve.

Tomorrow: A pretext for a good dinner.

One must always welcome guests sincerely, with a certain effusion of the heart, for when they come to your table they must already be happy with you. Baron Brisse