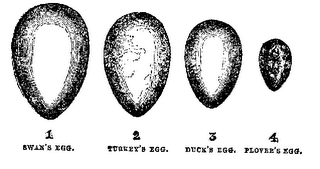 Major Thomas Mitchell was on his second expedition into western New South Wales on this day in 1836. The situation had been getting rather grim, and on the previous day he had been about to reduce his party’s rations when the dogs brought down three kangaroos. Things then got even better:

July 10 - This day, we had even better fortune in our field sports than on the one before, for besides three kangaroos, we killed two emus, one of which was a female and esteemed a great prize, for I had discovered, that the eggs, found in the ovarium, were a great luxury in the bush; and afforded us a light and palatable breakfast for several days.

A single emu egg is equivalent to about 10 hen’s eggs, so makes an impressive omelette, and as they contain more fat (the yolk accounts for about 45% of the egg, compared to 35% in a hen’s egg), the Major’s breakfast must have been “light” only in comparison to a feed of kangaroo meat and damper.

The Aboriginal people of Australia had discovered the delights of emu eggs some thirty thousand years before Mitchell, and probably usually roasted them in the ashes, but today they are only occasionally served in tourist resorts for their curiosity value.

Should you happen across some emu eggs, you can cook them in the same way as hens’ eggs, bearing in mind that the yolk is much paler, so the resulting dish will be the same. If you want to hard-boil one, you will need to be patient, as it will take about 1 hour 45 minutes for a medium-sized egg.

If you are unable to find an emu egg, but want to pretend the thrill of the chase, or amuse the children, you can make “Emu Eyes” (which you can call Ox-eyes or even Ned-Kelly’s eyes instead). You will require 2 hens’ eggs and 2 thick slices of bread. Cut a hole in the centre of each slice of bread with a biscuit cutter or similar, and drop them into a frypan in which you have some butter or oil sizzling. Break an egg into each “hole”, fry carefully, and when nearly done, turn them over even more carefully, and finish them off.

Far out-back, the emu egg sometimes still appears on the breakfast-table, but the flavour is coarse, and only a hungry bushman can attack it. Fullerton: The Australian Bush (1928)
Posted by The Old Foodie at 6:31 AM