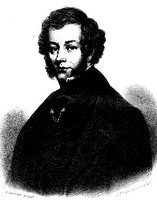 With war looming in 1917, the German name brought to the royal family with the wedding of Queen Victoria to Prince Albert was was increasingly unpopular, and on this day the family name was officially changed from Saxe-Coburg-Gotha to Windsor.

Which quite naturally brings us to the topic of puddings. Right royal sounding puddings to be exact, for it is a universally acknowledged truth that the British do puddings better than anyone else in the world, even when they call them “sweets” - and probably because they don’t call them “desserts”.

Naturally, a recipe from a royal chef would be appropriate, so from “The Modern Cook” of Charles Elmé Francatelli, chef to Queen Victoria, here is:

Pudding à la Coburg.
For this purpose it is necessary to have some ready-baked brioche. This should be cut in circular slices, about an inch less in diameter than the mould intended to be used for the pudding; the slices of brioche must be placed on a dish, and soaked in maraschino. The sides of the mould should be spread with butter, and ornamented with dried cherries and candied citron; and previously to placing the pieces of brioche in the mould, let each of them be sprinkled with apricot-jam; the mould must then be filled up with some vanilla-custard prepared for the purpose, part of which must, however, be reserved for the sauce. This pudding should be steamed in the usual way for about an hour and a quarter, and when done, turned out on its dish, and the sauce poured over it.

Which is quite different from the recipe in “Warne’s Every-Day Cookery” for “persons of moderate income”:

The Coburg Pudding.
Some apples; half a pint of cream; half a pint of milk; two tablespoonfuls of arrowroot, two of sugar, some butter and jam, or marmalade.
Fill a deep dish three parts full with apples sliced very thin, sprinkle over them some pounded sugar, and a layer of butter, and then a layer of apricot jam, or of marmalade; mix the sugar and the arrowroot in a little milk quite smooth, then add it gradually to the cream and the remaining milk, and stir it over the fire until it boils, pour it over the apples and jam, and bake it a nice brown in a moderate oven.

Which sadly leaves us with no room for another very different Coburg pudding from from Cassell’s Dictionary of Cookery, or Francatelli’s Brown-bread pudding à la Gotha, and Biscuit pudding à la Prince Albert, or several versions of Windsor pudding.

Tomorrow: At the table of the Grand Chamberlain.

They bake them in the oven, they boil them with meat, they make them fifty different ways. Blessed be he that invented the pudding - to come in pudding time is to come to the most lucky moment in the world. M. François Misson, visiting England in 1698.
Posted by The Old Foodie at 5:36 AM

O.F. The Cassell's Dictionary link is broken. Good post though.

Thanks for letting me know Sally - I dont know what the problem was, but I just tried it and it was OK. Maybe a Blogger problem?