Day One at the Ritz. 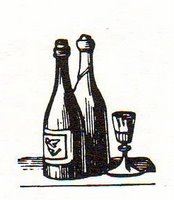 The Paris Ritz Hotel opened on this day in 1898 – one of the greatest, if not the greatest hotels in the world, certainly the ritziest, and surely the one with the most celebrity stories. It is the the hotel that Coco Chanel made her home for over thirty years, including during the Nazi occupation (allegedly facilitated by her German lover), the hotel that Ernest Hemingway claimed to have personally liberated at the end of WW II, and about which he said “When I dream of the afterlife in heaven, the action always takes place at the Paris Ritz” (so they later named a bar after him), and the hotel where Princess Di had her last meal shortly before her death by motor-vehicle accident.

So, what to chose for a recipe?

The Mimosa cocktail was first invented at the Paris Ritz, unless you believe that a French barman stole the strangely similar “Buck’s Fizz” from a London club and re-named it and claimed it. Which would be ironic, because the word “mimosa” alludes to the supposed “mimicking” of animal movement by the moving leaves (so says the OED, so it must be true). Mimosa blossoms are small fluffy yellow things, so can be mimicked by chopped up egg yolks, hence “Salade Mimosa” which is essentially salad topped with chopped up egg yolks.

One version of a Mimosa cocktail is:

What the hell, it might be a Savoy Hotel recipe (another pretty ritzy pub), but here is a later version of Escoffier’s Pêche Melba, which he invented for the opera star Nellie Melba.

Peaches, sugar, vanilla ice-cream, raspberry puree, sliced “green” almonds.
Peel and stone the peaches and sprinkle with sugar, Put the ice-cream into a serving dish or individual dishes, arrange the peaches on top, and cover with the sweetened puree.
Note: finely sliced “green” almonds may be sprinkled on top, but dried almonds should not be used.

When evening quickens in the street, comes a pause in the day’s occupation that is known as the cocktail hour. It marks the lifeward turn. The heart wakens from coma and its dyspnea ends. Its strengthening pulse is to cross over into campground, to believe that the world has not been altogether lost or, if lost, then not altogether in vain. Bernard de Voto

as always, beautifully written...taking us to so many wonderful places!!!!

Thankyou Juliebean - what a lovely compliment! I am so glad you feel I am taking you to many places (at many historic times).

Fantastic!! I absolutey love history, and what fun to add food into what helped shape the times! For my b-day, a friend invited me for a brunch next Monday. The place is famous for its Mimosas. I didn't know what one was, so looked it up so as to not look like the Tennessee Hillbilly I really am, lol. What fun to go "armed" with a bit of its history!... Thank you so much!

Hello, Rosslyn! I am delighted to have given you something to enhance the fun on your birthday. I am also delighted to meet a 'real' Tennessee Hillbilly :)