A Banquet for Mr. Stanley. 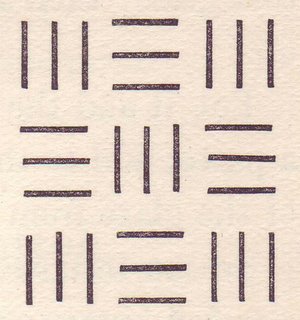 Henry Morton Stanley, the man immortalised by his famous words “Dr. Livingstone, I presume?” on finding the lost explorer in 1871, received a mixed reception on his return to . His reports were disbelieved by some, his methods were criticised by others, and episodes of previous ungentlemanly behaviour were quoted. The British were probably simply offended that he had taken up American citizenship.

Time re-gilds many tarnished reputations however, and by the 1890’s he was on the equivalent of the speakers circuit. On this day in 1890, he was banqueted by the Royal Scottish Geographical Society, and the event was reported in detail the next day in ‘The Scotsman’. There was “an influential company, numbering 120 gentlemen” – no ladies of course - and the theme was unashamedly African (apart from the obligatory Scottish pipers who played at intervals during the evening) .

Behind the chairman was “a miniature African forest, formed of tall palms and grasses, which had a fine appearance”, and the menu “while including the usual dishes, had also a number suitable to such a gathering. There was, for example, White Nile soup, salmon with Red Sea sauce, Pigeon cutlets à la Congo, Zanzibar curry and rice, Egyptian quails and cresses, ivory jelly, Niam-Niam cream, and bananas à la Ruwenzori”.

As was usual practice “After dinner, the balcony was occupied by ladies”, whose role was to be both decorative and suitably impressed by the men’s after-dinner speeches.

The recipe inspired by today’s story is from an 1890’s Scots cookbook of “high class and household recipes” called “Choice Cookery. ‘La Bonne Cuisine’” by Mrs. Black. It is for a very decorative and impressive way of cooking leftover mutton - impressive provided you can turn it out of the mould successfully!

[Warning: long recipe takes us beyond the allowed word count – but if an African theme can include Scottish pipers ….]

Have a plain mould (a mould will do)
well buttered; prepare the carrots and turnip, and boil them till cooked (but not too soft) in salted water. Then cut the carrot in inch-lengths, and , with a tube-cutter, punch out the red part into tubes 1 inch long; do the same to the turnip. Now arrange the pieces around the mould thus [see image at top of this post], and cover also the bottom of it in the same way. Have the potatoes boiled and carefully mashed; add to them on the fire, the yolk and a little seasoning, and stir over the fire till the yolk is cooked. Carefully line the mould about ½ an inch thick with the potatoes.

Now put the mould in the oven for a few minutes, to get hot. It must not brown, or remain long, or the vegetables will get discoloured. Then fill with the following hash, and immediately turn out and serve.

Cut the mutton I rather large small slices in this case; put into a saucepan 1 teaspoonful of dripping; make it quite hot, and fry a chopped onion in it till very brown. Add 1 large tea-spoonful of flour, and fry it a little; then add a little salt, pepper, mustard, ½ teaspoonful red currant jelly, 1 small tomato cut up, and ½ pint of stock; stir this till it boils; let it boil 10 minutes, then strain, Return to the pan, put in the pieces of mutton to heat, not to boil; then put all in the mould to fill it quite, and immediately turn out and serve.

Reminds me of my safari in . Somebody forgot the corkscrew and for several days we had to live on nothing but food and water. W.C .Fields.