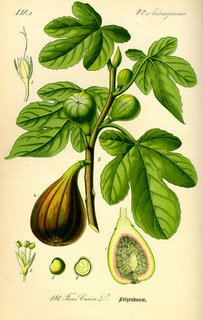 The popular-science magazine Scientific American was first published in August 1845, and it is still going strong. In its early days, it often contained recipes, and it seems a backward step to have discontinued these (every magazine should contain recipes, Yes?). Most of the recipes had some connection with manufacturing, and many with methods of food preservation which was of huge interest at the time.

In the edition published on this day in 1852, there was an interesting recipe for preparing tomatoes in the form of a sweet preserve, “like figs.” A few decades later when a U.S. court decided that the tomato was a vegetable (a decision that clearly had tariff benefits at the time), one of the justifications was that “any plant or part thereof eaten during the main dish is a vegetable … If it is eaten at any other part of the meal it is a fruit”.

It is certainly the case that the tomato usually appears in the “savoury” part of the meal, but as always, it is the exception that demonstrates the rule. An earlier Old Foodie story that discussed the “tomato is a vegetable” decision, included a recipe for “Green Tomatoes for Pies”. This recipe from the Scientific American is most unusual in that it is a combination of drying and sugaring methods. The method doesn’t seem to have made its way into modern books – or if it has, TOF has missed it.

The following is the method of preserving tomatoes in Bermuda, and thereby manufacturing a sweet preserve something like figs:-Take six pounds of sugar to one peck (or sixteen pounds) of the fruit, scald and removethe skin of the fruit in the usual way, cook them over a fire, their own juice being sufficient without the addition of water, until the sugar penetrates and they are clarified, they are then shaken out, spread on dishes, flattened, and dried in the sun. A small quantity of the syrup should be occasionally sprinkled over them whilst drying, after which pack them down in boxes, treating each layer with powdered sugar. The syrup is afterwards concentrated and bottled for use. They keep from year to year, and retain their flavor surprisingly, which is nearly that of the best quality of fresh figs. The pear-shaped or single tomatoes answer the purpose best. Ordinary brown sugar may be used, a large portion of which is retained in the syrup.

Would you eat this “during the main dish”, or as a sweetmeat?

Shape is a good part of the fig's delight. Jane Grigson
Posted by The Old Foodie at 6:34 AM

I found the basic recipe (similar to the one you cited) in a preserving book by Helen Witty (if I remember correctly). I've made them many times, and they are wonderful. People love them, and usually don't guess they are tomatoes until told. They're made with a combination of white sugar, brown sugar, cloves and a bit of lemon juice and dried out in the oven.

Why thankyou jean - what a great piece of feedback. There is nothing really new under the culinary sun, is there?