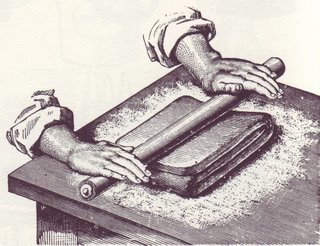 The Hon. John Byng (later fifth Viscount Byng) was an eighteenth century gentleman diarist who is surprisingly not as well known as his contemporaries, Samuel Johnson and Parson James Woodforde. He took a series of journeys around England in the years between 1781 and 1794 - to escape the busy fashionable life of the city, to escape the embarrassment of being spectacularly cuckolded, but it seems primarily for the adventure.

When first Imagination fills the Mind,
And Hope delusive leaves slow doubt behind,
The eager Tourist hastens to begin
His fancied Journey to a pleasant Inn;

The Hon.John had a sentimental view of Old England, or England as She Should Remain, and railed against many of the changes being wrought by the increasing industrialisation of the country – enclosures, turnpike roads, and the “improvements” of landscape gardeners. He recorded his impressions and opinions of all these things as he travelled, and of course, also noted his experiences at the coach-houses and taverns where he spent the nights.

Hope certainly can delude the traveller, as we are all aware. Not all of the inns were pleasant, and he notes with annoyance the meals of such things as “miserable stale trout, some raw, rank mutton chops and some cold hard potatoes” or a “fusty old tart of last years fruit”. But on this day in 1789 he was in Southwell, near Newark in Nottinghamshire, and stopped at the Saracen’s Head, (which happily still exists), and all was well.

… put up at the Saracens-Head Inn, at ½ past one o’clock; (having been on my ride four hours and an half), where, to my great contentment, I was instantly Served, in a large Room, with Cold Beef, Cold Veal, and Gooseberry Tart … fared sumptuously …

So, here is a recipe for Gooseberry Tart from the eighteenth century cookbook “The Compleat English cook; or prudent housewife …” by Catharine Brooks:

For making a Gooseberry Tart.
Taking your Crust, then sheet the Bottoms of the Patty-pans, and strew them over with Powder Sugar; then take green Gooseberries, and fill your Tarts with them, and lay a Layer of Gooseberries and a Layer of Sugar; close your Tarts, and bake them in a quick Oven, and they will be very fine and green.

A fine Paste for Patty-pans.
Work up a Pound of Flour with half a Pound of Butter, two Ounces of fine Sugar, and Eggs.

Tomorrow: A banquet for Mr Stanley.

You are a bad influence. I am going to find my copy of Byng (next week - this week is a tad bnusy) and re-read it just for the food.

Isn't that a good influence? I think it is a wonderful book - why is he not so well known as Pepys and Woodforde do you think?

I like Byng and Pepys for different things. Pepys is easier to dip into and out of and has a bunch more personal stuff, perhaps? I discovered Byng by chance, though. I always see him as looking through a similar lens to Thomas Hardy - landscape and people.

I just dont understand why Byng is not as well known and "popular" as Pepys and Woodforde. Pepys is personal and political, and Woodforde is very village-parsony (and a bit of an old woman I suspect - but kind with it), and as you say, Byng is landscape and people, and Old England. They are all so different and yet the same in many ways. I hope you enjoy your re-read Gillian. Do let us know your thoughts on the food entries, wont you?