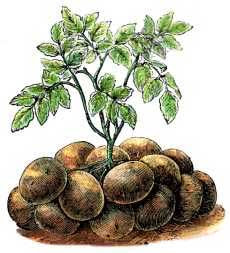 The “Great Hunger” or “Great Famine” which occurred in Ireland in the mid-nineteenth century was called the “Potato Famine” because it was the total destruction of that crop (on which the Irish had become nutritionally dependent) by a fungal blight that was the dramatically visible cause. In reality of course, as always, there were many underlying and contributing issues – economic, political, social and so on – which historians will no doubt still be unravelling for many years.

The consensus of history seems to be that the response of the British government was too little, too late, and much of the aid was inappropriate, misguided, and wasteful. Soup kitchens offered emergency meals, and we have previously salivated over some of the soup recipes considered appropriate for the poor (see below). The first food depots opened on this day in 1846 in Cork, and distributed potato alternatives such as the much hated Indian Corn (maize).

Most of the ‘problem’ was ultimately solved by the Irish themselves, whoeither died or left the country in numbers that will never been known for certain – the same political and social forces muddied the statistical water too. It is likely that over a million people, or something like 10-15% of the population died between 1846-9, and perhaps two million left the country forever, at least half a million of these choosing America, the land of opportunity.

Migration to the USA was on such a scale that an industry arose around supplying migrants for the journey, and newspapers gave articles on ‘hints to emigrants’. One article suggested the following provisions to supplement the on-board bill of fare:

You should take with you some flour and suet cut up; mix both together dry – they will keep well, and be always ready. Onions, potatoes, and dried herbs, these three things are very useful in making a sea-pie of a stew out of your salt meat after it has been soaked. Wrap the potatoes and onions up separately, each one in paper, and stow them in a hamper; by doing this, if one gets bad it will not affect the rest. Pack your herbs and put them in papers; don’t forget mint and a little celery-seed for your pea-soup. A few loaves of bread cut up and sent to the baker, with directions to put them in a slow oven and do them to a light brown. A few quarts of dried green and split peas. A couple of hams. A little pepper, mustard, salt, and pickles. A few raisins and currants, with the addition of a little tea, coffee, cocoa, and sugar. Now the major part of these things could be stowed in a flour-barrel, would be compact, and wouldn’t cost much. You wouldn’t want to use these things directly, as you would take with you a few articles for present use.

A “sea-pie” can mean a number of things. It can be a pie of seafood or a pie to take on a sea voyage, but it more usually means a pie that can be cooked at sea - a one-pot dinner boiled like a suet pudding, with layers of filling separated by layers of dough “the number of which denominate it a two or three decker”.

An “occasional correspondent” to The Times, wrote an article on Trawling in the North Sea in 1883, and included a ‘recipe’ for sea-pie in the text.

Another occasional dainty is sea-pie, which our 'doctor', or cook (Charley, the seventh hand) would thus construct: In the bottom of the pot is a layer of junk cut in pieces and free from bone; over this a “deck” of crust as thick as a blanket; over this, a second layer of potatoes and modest condiments, and over this again a second deck of crust. The whole is slowly cooked or stewed in its own juice for several hours, and the result is a mess of pottage which might well have tempted Esau.

The French wine classification system was the topic of the day.

I'm fond of anything that comes from the sea, and that includes sailors. Janet Flanner (US journalist, 1892-1978)
Posted by The Old Foodie at 6:03 AM