At War with Weary. 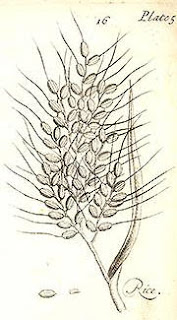 Ernest Edward Dunlop, best known by his nickname of “Weary”, is one of Australia’s best known medical and military heroes. Weary was working as a surgeon at a Sydney hospital when war broke out in 1939, and he immediately enlisted in the Australian Army Medical Corps. In 1942 he was sent to Java, and he was in command of the Allied General Hospital at Bandoeng when the area fell to the Japanese. He and his men became POW’s and eventually ended up working on the infamous Burma-Thailand railway.

Weary continued his surgical work in the prison camp, operating in the most awful conditions even when he was ill himself. The tales of his bravery in standing up to their captors on behalf of his men has also made him the stuff of legends, and it is true to say that the men under his command came to feel for him a god-like reverence.

Weary kept a diary – at great risk – during his captivity, and it is a fascinating and inspirational read. On this day in 1942 (still in Bandoeng) he wrote:

“Food remains the greatest worry. Personally I have lost 25 pounds since leaving the Middle East and was under weight then. Now 13 stone 8 lb. One great worry is that the D, who have plenty of rice, put up a damn bad show as to cooking, and in any case, they are nearly all officers with local contracts, they do better than us. Revolting spectacle has been seen of our lads salvaging D scraps from the refuse bins. Interviewed deputation today as to the dishing out of food – all troops are watching this most minutely.”

Weary was a very tall man, over 2 metres in height (he apparently joked “Because I was pretty tall I had to bend over so the Japanese could hit me"), so at 13 stone 8 lb his BMI was under 22. He got a lot thinner by the end of the war.

If it is possible to still refer to to a food as a ‘staple’ when it is served in grossly inadequate portions, then the staple food in the POW camps was rice. It is one of war’s many little ironies that what is in short supply in one place becomes the (presumably less desirable) substitute ingredient for another one in short supply somewhere else. In England, where wheat saving was encouraged during the war, rice was suggested in its place. The following recipe from an Australian wartime cookery book suggests that the situation was the reverse in Australia:

Wheat for Rice.
Here is a wily substitute by which you can make pearled wheat grain tast as creamy as the best rice. Soak the grain before cooking. Then put it in a saucepan with plenty of hot – not boiling – water. Add a little salt. Cook until the grains will flatten when tested between thumb and finger. Drain well. Return to the saucepan with milk to cover it liberally. Bring it up to boiling point.
Now take a tablespoonful of custard powder. Blend to a smooth cream with a spoonful of sugar and a little cold milk. Add to the contents of the saucepan. Stir over heat until it thickens. Add extra milk if it is too stiff. Serve hot or cold with jam, golden syrup, caramel sauce, or fruit puree. The custard powder will achieve all you desired!

One era’s ‘wily subterfuge’ is only a previous era’s frumenty after all.

A reasonable supply of Breadfruit.

We had a story about the explorer William Dampier, and shark.

Great example of the kind of ingenuity that came through in war-time cookery. It would be interesting to look at the types of techniques that emerged to make barely adequate ingredients look and taste better.