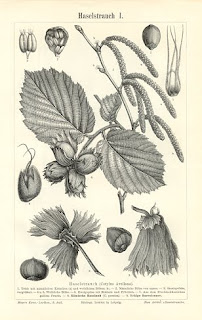 Today is an important day for two reasons, which is why I am posting on a Saturday. The first reason is that it is Halloween, or All Hallows Night, and I don’t need to spell out what that means, do I?

The second is that October 31 is the fourth anniversary of this blog. I could never have imagined that I would still be happily blogging four years after I, the technophobe, began my little experiment. I certainly never anticipated how much fun it would turn out to be and how much I would learn. In my wildest imaginings I could never, ever, have anticipated how many friends it would bring me around the world – so thankyou, one and all, for sharing the fun and keeping me going with your support and comments.

I set myself the challenge of finding a recipe or topic that would celebrate both events. Cake would be good, I thought, but we had the Halloween connection with Barm Brack in 2008.

Apples are very Halloween, for the obvious seasonal reasons, and many of the traditional Halloween games involve apples – such as apple-bobbing for example. So, I considered apple cakes, but did not find inspiration.

In the North of England, which is where I was born, Halloween is also called “Nutcrack night”, because of an interesting tradition of divination was attempted. There were a number of nights of the old year when folk attempted to look into the future by means of various rituals, and as many of these involve some sort of food, we have considered them before. We have not, however, considered using nuts as a way to determine how an intended or hoped-for marriage might turn out.

On Nutcrack Night one could throw into the fire some hazelnuts – representing a pair of lovers – into the fire, and the way that the nuts burned supposedly indicated the style of the future marital relationship.

“If the nuts lie still and burn together, they prognosticate a happy marriage, or hopeful love; but if they bounce and fly asunder, the sign is unpropitious.”


So, I have a tradition from this day, from the area of my birth, which includes one of my favourite nuts. So, hazelnuts it is for blogoversary day. Here is my pick, a delicate Hazelnut Frangipane from Pierre Blot’s Hand-book of Practical Cookery, for Ladies and Professional Cooks (1867). He gives a basic frangipane recipe made with macaroons, then the variations with almonds or hazelnuts. All we need now is for someone to make a buttery pastry shell, and we have a blogoversary tart.

Frangipane.
Set one pint of milk on the fire. Mix well together in another pan three tablespoonfuls of sugar, two of flour, three eggs, three macaroons crumbled, and as soon as the milk rises, turn the mixture into it, little by little, stirring and mixing the while; keep stirring about three minutes; take off, add a few drops of essence to flavor; turn into a bowl, let cool, and it is ready for use. It may be made without the macaroons.
With Almonds: make as above, with the exception that you use sweet almonds, chopped fine, instead of macaroons.
With Hazelnuts: proceed as above, using hazelnuts instead of almonds.


Quotation for the Day.
Two hazel nuts I threw into the flame,
And to each nut I gave a sweetheart’s name;
This with the loudest bounce me sore amazed,
That in a flame of brightest colour blazed;
As blazed the nut, so may thy passion grow,
For ‘twas thy nut that did so brightly glow!
John Gay (1685-1732), from his ‘Pastorals’.
Posted by The Old Foodie at 7:38 AM

Happy Blogversary! I always enjoy your interesting posts.
I know hazelnuts are very popular now but they are the one nut I dislike. Rocher Ball candies are a popular holiday gift here in the US and I always have to re-gift them when I receive them.

Happy 4th Blogoversary, Janet! In the spirit of Nutcrack Night, I predict you have many more historic blogs ahead. Many thanks!

It's been a pleasure reading your blog/posts over the years, and I continue to be amazed by your energy and dedication.

Happy Blogversary! Love to read your posts and I always learn something new. Please continue to write. Judy

Happy blogversary. Four years is a long time to last in this business. The money must be very good indeed for one to keep at it as you do!

Thanks everyone! I have had great fun with this blog - no intention of stopping in the foreseeable future: Bob, the money has not arrived yet - do you think the cheque is in the mail? :)

Though I've very rarely commented, I always enjoy reading your posts Janet. Looking forward to the many to come!