A sufficiency of gadgets. 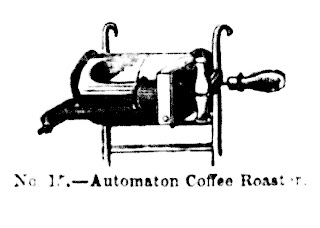 Cooks seem to be divided into two groups – those who love gadgets for gadget’s sake, and those who only ultimately love the ones that prove to be actually useful. Myself, I am of the latter group. An interesting insight into what was considered a necessity in the Victorian era is given by the author (Frederick Bishop) in The Illustrated London Cookery Book: containing upward of fifteen hundred first-rate receipts, published in 1852.

It is difficult to argue with the author when he says:

“In furnishing a kitchen, there should be everything likely to be required, but not one article more than is wanted, unnecessary profusion creates a litter; a deficiency too often sacrifices the perfection of a dish, there should be a sufficiency, and no more.”

Of course, what is an absolute necessity to one cook is a dust-collecting, space-stealing nuisance to the other. Mr. Bishop’s list of requisites included the usual baking and jelly moulds, storage canisters, pots, stewpans, dripping pan (“to receive the unctuous droppings from the roasting meat, and to reapply them to its scorching surface”) and dish-covers. Also on his list were fish scissors, beef fork (for lifting large joints in the pot), mashed potato fork (“for beating up mashed potatoes - much superior to the wooden spoon for this purpose”) wafer tongs (for making wafers, same principle as a waffle iron), a cheese toaster, egg poacher, wine cooler, trussing needle, larding pin, saddle of mutton skewer, and revolving gridiron (“with fluted bars, lined with enamel.”)

There were several more complex pieces of kitchen machinery too: Benham’s Patent Freezing Machine (“by which creams &c. can be frozen fit for the table in five minutes, with the greatest ease and certainty”), Automaton Coffee Roaster (“revolves by clockwork and is placed before an ordinary parlour fire”), Baldwin and Co.’s Potato Steamer and Cover (“for cooking potatoes without water”), and Baldwin and Co.’s Digester (a pressure cooker).

Here is one of the first-rate recipe from the book which would also be ideal for a pressure cooker – a gadget which appears to be making something of a come-back.

Stew of Ox-Cheek.
Clean and wash it well, cut off the fleshiest parts, and break the bones into an available size, put it into a stewkettle with enough water to cover it, season with salt; the pepper should be whole, and with a few cloves, and a blade of mace tied in a bag made of muslin, put it into the water, with three onions, a bunch of sweet herbs, half a dozen carrots sliced, a head of celery sliced, and four or five turnips of tolerable size; stew from five to seven hours; before serving the meat may be removed, and the gravy thickened and browned; serve hot, with the meat in the gravy.
Shin of beef is very excellent, dressed in this fashion.

I want to get a job as someone who names kitchen appliances. Toaster, refrigerator, blender ... all you do is say what the shit does, and add "er". I wanna work for the Kitchen Appliance Naming Institute. Hey, what does that do? It keeps shit fresh. Well, that's a fresher ... I'm going on break.”
Mitch Hedberg.
Posted by The Old Foodie at 6:01 AM

I had a friend come ask me if she could borrow an egg separator once. I'd never heard of it, and couldn't imagine what it would look like. The egg comes with its own separator (the shell), and you can always use your fingers if the shell breaks into bits are too small.

On the other hand, pressure cookers (grew up with them) and slow cookers (crockpots) are wonderful!

The list of absolutely vital kitchen goods in every late 19th and early 20th century cookbook is mind-boggling.

I have to admit that I have an entire cupboard in my kitchen with appliances, though.