Seven things to do with salt beef. 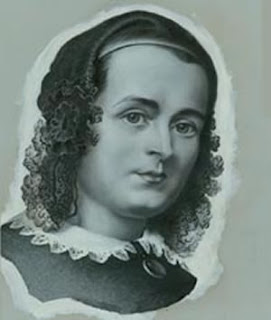 This day in 1808 was the birthday of Caroline Chisholm, an English gentlewoman who arrived in with her husband and children in 1838. She was horrified at the conditions of many of the migrants – particularly the women – and immediately set about addressing the problems. She set up many projects and became famous as ‘the emigrants friend’, meeting every migrant ship and making sure that the single women were safely accommodated and assisted to find work (or husbands, which is the same thing, really).

Caroline wrote several tracts to advise potential migrants, and in one of them she discussed the trials and tribulations of ‘bush cookery’. Early settlers were lured to with the phrase “Meat three times a day” – and the meat was usually salt beef (‘corned beef’). Caroline described how to meet the challenge of preparing the same meat every night of the week – and keeping the husband happy.

"The great art of bush-cookery consists in giving a variety out of salt beef and flour, minus mustard, pepper, and potatoes. Now, the first thing that a wife has to do in the bush is examine the rations, and think and contrive how to use them. Every woman who values her husband’s health and comfort will give him a hot meal every day.

To commence with the flour: this should be divided into three parts – one for dumplings and pancakes, two for dampers* (bread made into large cakes, and baked on hearths.)
Divide the meat into seven portions. Take the best piece for Sunday: for as there is more leisure on that day, men congregate together, and get a habit of grumbling if the wife does not make the best use of her means. Let the Sunday share be soaked on the Saturday, and beat it well with a rolling pin, as this makes it more tender; take a seventh portion of the flour, and work it into a paste; then put the beef into it, boil it, and you will have a very nice pudding, known in the bush as ‘Station Jack.’
Monday. Cut the meat into small pieces; put them in the frying pan to stew; throw away the first water, then shake some flour over the meat and when sufficiently done, turn it out upon a dish; then take the remainder of this day’s flour (for you should be very particular and have no guess-work), mix it with water, not too much, and make it into a pancake. When fired, put the stew on top of it, and this will prevent any loss of gravy; keep it hot until your husband comes home, and he will have a palatable dish called ‘The Queen’s Nightcap’.
Tuesday. Chop the meat very small; mix it with this day’s flour, adding thereto a due portion of water, then form the whole into small dumplings, and put them in a frying pan. This dish generally goes by the name of ‘Trout-dumplings.’
Wednesday. Stew the meat well in a small pot; when near done, take the portion of flour allowed for the day, make it into a crust, cover the meat with it, and in half an hour you will be able to serve up ‘A Stewed Goose.’
Thursday. Boil your beef, and make your flour into dumplings.
Friday. Beefsteak pudding; if Catholic, fish for your dinner.
Saturday. Beef ‘a-la-mode.’ "

‘Tis all in the name, apparently.

A tale of tails.

There is something very appealing to me about Caroline's can-do spirit. I am sure a lot of women just complained about the lack of variety in their diet. She tried to do something about it. Has anyone written a biography about her? I would like to read more about her.

Hello Rochelle
There is apparently a biography of her with the intriguing title of "Fifty One Pieces Of Wedding Cake. A Biography Of Caroline Chisholm." by Mary Hoban. I havent read it, nor a review, but I am tempted to find a copy.

Someone is reposting your articles here: