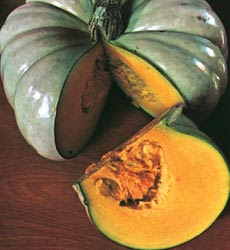 The famous food-writer Clementine Paddleford (1898-1967) said, of Thanksgiving pies ‘Tell me where your grandmother came from and I can tell you how many kinds of pie you serve for Thanksgiving.’ She summarised it thus:
If your grandmother was from the Midwest, there would be mince and pumpkin, if from New England, mince, pumpkin, and cranberry, if from Boston, mince, pumpkin, cranberry and apple). She did not explain grandmothers from the West or South, but I am sure there are grandmothers in those states, and that Thanksgiving is celebrated there …
In Clemetine’s honour, and in honour of my many American cyber-friends, and because a couple of you have asked for stories on them, I am going to dedicate the week to Thanksgiving Pies. Clementine only lists four varieties, but I know there are more. ‘Jay’ has asked about pecan pie like his great great grandmother used to make – you will have to be patient until tomorrow, Jay!  Today, because she got in first with her request, the story is at the request of , and it is on pumpkin pie.
First, the pumpkin itself. The pumpkin belongs to the family Cucurbitacae, which includes gourds, squashes, pumpkins, marrows, melons, and cucumbers. They are amongst the earliest cultivated plants in the world. The genus which includes the pumpkin and squash (Cucurbita) originated in the , and pumpkins were cultivated in (probably for the seeds) about 6,000 years ago. When the conquistadores arrived, they likened the big round fruit (the pumpkin, botanically speaking is a fruit) to melons (perhaps a general word for edible gourds, which were known in .) Somewhere along the way for reasons that are unclear, these melons became pompones or pompion – and then pumpkin.  In 1525 in the Grete Herball of Peter Trevis, there is a reference to ‘melons that we call pompous [pompons]' , so it appears that they were being grown in by that time.
Certainly, the pumpkin was a vital crop for the Indians of North America, who were generous with their plant knowledge to the early settlers. It is said that the pumpkin saved those early settlers from starvation on more than one occasion, which is perhaps why it is engraved so deeply on the national consciousness, particularly at Thanksgiving - particularly in the form of pie.
Recipes are never invented of course, they are developed from a recipe ancestor. There is a Tart of Pompeons in the sixteenth century Italian text Epulario, and I have given the recipe for this in a previous post. Of course, the linguistic confusion between gourds, squash and pumpkins means that it is not always certain which is being referenced in early texts. The Tart of Pompeons is a strange (to us today) sort of dish – not quite custard, not quite cheesecake, and almost mincemeat pie. A similar concept of a starchy ‘vegetable’ (or fruit, in the case of the pumpkin) forming the base for a sweet dish has many incarnations, and I have previously given you a recipe for Carrot Pudding from 1715 which could easily be used for a pumpkin pie filling if the main ingredient were substituted.
Just to show you that appreciation of the pumpkin pie is not confined to the , I give you a recipe from a newspaper, The Argus, dated .  Here in we grow a fine, large, sweet, dry variety of pumpkin called the Queensland Blue, which is just right for the purpose - see the image above.
Pumpkin Pie
Take a pint of well-cooked pumpkin from which as much moisture as possible has been pressed.  Mix with it two well-beaten eggs, a cupful of sugar, a teaspoonful of cinnamon, a half-teaspoonful ginger, a little grated nutmeg, and the grated yellow rind of 1 small lemon. Line the piedish with shortcrust pastry, making the edges ornamental. Fill up with the pumpkin mixture and bake for half an hour or a little longer in a quick oven. Pumpkin pie should not be covered with pastry.
Quotation for the Day …
Vegetables are a must on a diet.  I suggest carrot cake, zucchini bread, and pumpkin pie.  Jim Davis (‘’ creator)
Posted by The Old Foodie at 6:22 AM

I've never heard of a pumpkin pie without some sort of cream or evaporated milk. I always think of it as a custard-base pie. That recipe you give doesn't turn out a dry pie?

Hello Charlene; it is certainly firmer but not dry - the eggs take care of that. Mind you, I think a dollop of cream would be an advantage.

What a beautiful Queensland pumpkin!

Sounds like a delicious pie. I like that the pumpkin is the star,rather than it being subdued by milk.