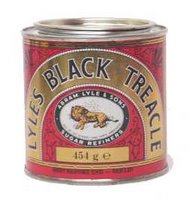 On Friday, March 30, I dined with him at Sir Joshua Reynolds's, with the Earl of Charlemont, Sir Annesley Stewart, Mr. Eliot of Port-Eliot, Mr. Burke, Dean Marlay, Mr. Langton; … Mr. Eliot mentioned a curious liquor peculiar to his country, which the Cornish fishermen drink. They call it Mahogany; and it is made of two parts gin, and one part treacle, well beaten together. I begged to have some of it made, which was done with proper skill by Mr. Eliot. I thought it very good liquor.

In Colonial India, ‘mahogany’ was a mixture of brandy and water, perhaps indicating that nostalgic Colonial Cornishmen could source neither their gin nor treacle. According to a reference from 1816 in the OED, ‘It is believed that drinking mahogany (a strong description of brandy pauny) is the best preventive against the sun's heat. The remedy is in general repute in Bombay.’ ‘Pauny’ comes from the Sanskrit for drinking water. Dont say you dont learn useful stuff from the OldFoodie.

The local name for the treacle/gin drink in the county of Yorkshire was ‘whistle-jacket’, even when it was made with brandy. ‘Mahogany’ is obvious, but why ‘whistle-jacket’?

If you prefer beer, have no mangel-wurzels but lots of treacle, you could try Mrs Dalgairns’ (1840) recipe.

Cheap Beer
For a ten-gallon cask allow three ounces of hops, ten pounds of bran, two ounces bruised ginger, four pounds treacle, four ounces good yeast. Boil the hops and ginger in fifteen gallons of water for an hour and a quarter, add the bran, and boil twenty minutes longer; strain the liquor on the treacle; stir the mixture well, and let it stand till it becomes milk-warm, or from 60° to 70° Fahrenheit; then strain it through a thick cloth laid over a riddle or sieve; add four or five ounces of yeast, stir it well, and when cold, put it into the cask; keep filling up the cask till it has done working, which may be in two days. It must then be bunged up, and will be fit for drinking in two days. It will keep good in the cask for ten days or a fortnight – or it may be bottled.
This beer will not be so strong nor so cheap as the mangel-wurzel beer.

Tomorrow: Jelly that doesn’t.
Posted by The Old Foodie at 6:05 AM